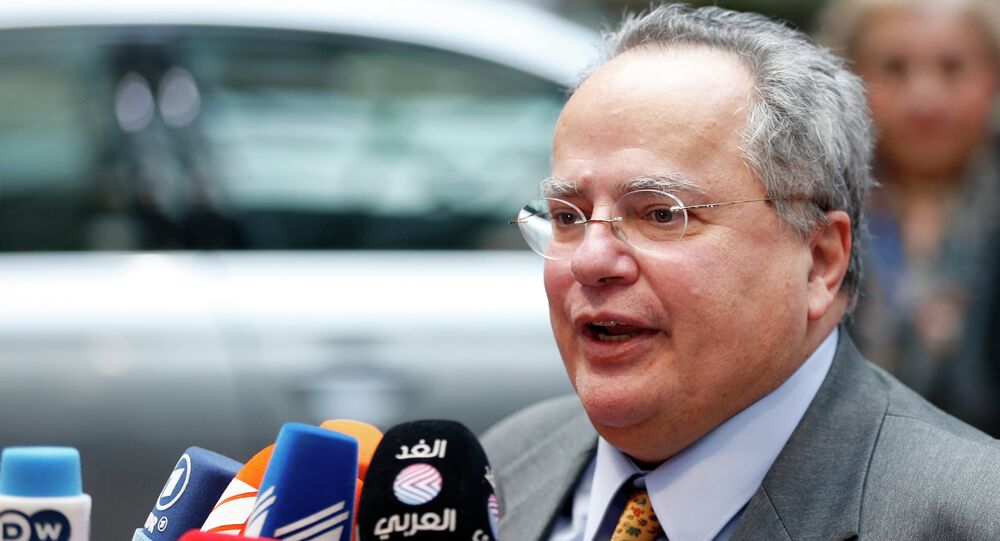 Athens is planning to hold a trilateral meeting on the refugee crisis with Berlin and Ankara in the beginning of 2016, Greek Foreign Minister Nikos Kotzias said.

MOSCOW (Sputnik) — The foreign minister added that the conference might take place in early February but the date had not been set yet.

"We will convene a meeting between [German Chancellor Angela] Merkel, [Turkish President Recep Tayyip] Erdogan and ourselves on the Chios [island]," Kotzias told the Greek Mega TV channel in an interview.

Europe has been beset by a refugee crisis, with hundreds of thousands of undocumented migrants fleeing their home countries to escape violence and poverty. Many of them take the West Balkan route, which crosses Greece, using the county as a transit zone to enter the bloc and travel to wealthier EU states where they intend to apply for asylum.

EU border agency Frontex recorded over 1.2 million illegal border crossings into the European Union in the first 10 months of 2015.

Society for German Languages Names 'Refugees' Most Important Word of 2015