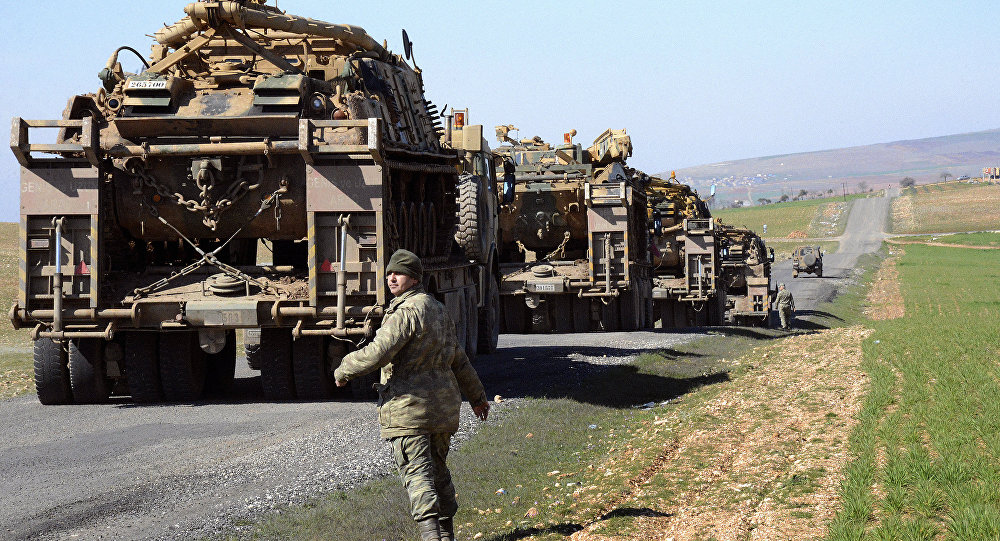 Iraqi Prime Minister Haider Abadi instructed Friday the Foreign Ministry to submit a formal complaint to the UN Security Council against the presence of Turkish troops in northern Iraq, according to a statement.

MOSCOW (Sputnik) — On December 4, Turkey deployed about 150 troops and 25 tanks to a base in the Iraqi Nineveh province, without Baghdad’s approval.

"Prime Minister Haider Abadi instructs the Iraqi Ministry of Foreign Affairs to submit a formal complaint by the Iraqi government on the Turkish incursion… and to demand from the UN Security Council to assume its responsibilities in accordance with the provisions of the United Nations Charter… and to order Turkey to withdraw its troops immediately," the statement read.

© AFP 2019 / ILYAS AKENGIN
Ankara Deployed Troops to Iraq to Protect Turkish Soldiers - Erdogan
Abadi added that Turkey's military presence without Iraq's approval violated the provisions and the principles of the UN Charter and sovereignty of Iraq.

According to Ankara, the aim of the deployment was to provide security to Turkish soldiers deployed earlier to train Kurdish militia who are fighting the Islamic State (ISIL, or Daesh in Arabic), a group outlawed in a number of countries, including Russia.

Iraq has rejected the claims, stressing that the Turkish military presence had not been requested.