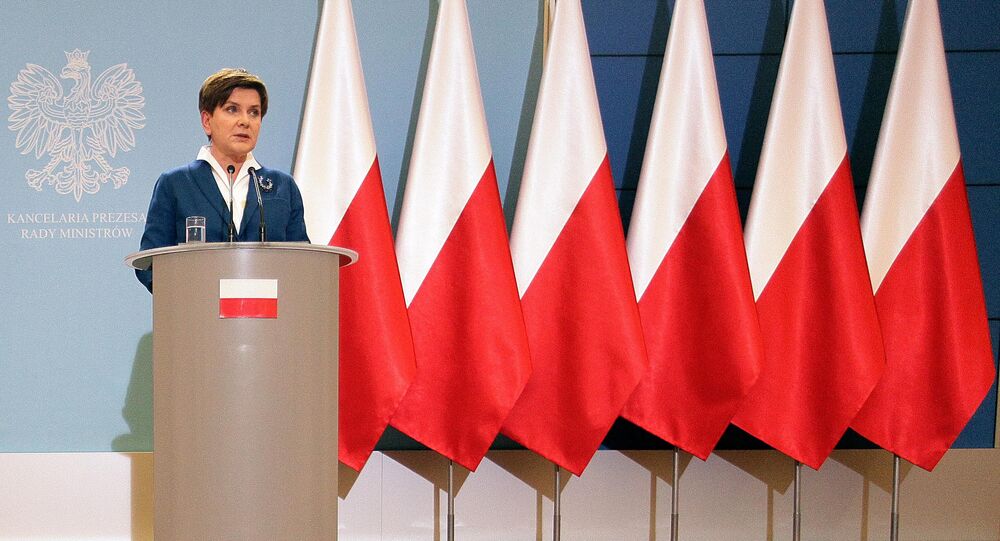 LONDON (Sputnik) — In June, EU foreign policy chief Federica Mogherini introduced a media strategy program for the bloc to combat what she called "Russian propaganda." The Russian Foreign Ministry strongly condemned the move, calling it a discrimination against the Russian media.

"We also want to reinvigorate our bilateral security relationship, so today we have agreed to hold the next meeting of our foreign and defence ministers in the UK early next year, and we’ve to work together on the situation in Ukraine and in countering Russian propaganda," Cameron said during a meeting with Szydlo in Warsaw.

Since 2014, Russia’s relations with the West have deteriorated over Crimea's joining with Russia and the Ukraine crisis. The United States and European Union have accused Russia for interfering in Ukraine’s internal affairs, while Moscow has repeatedly denied the accusations.