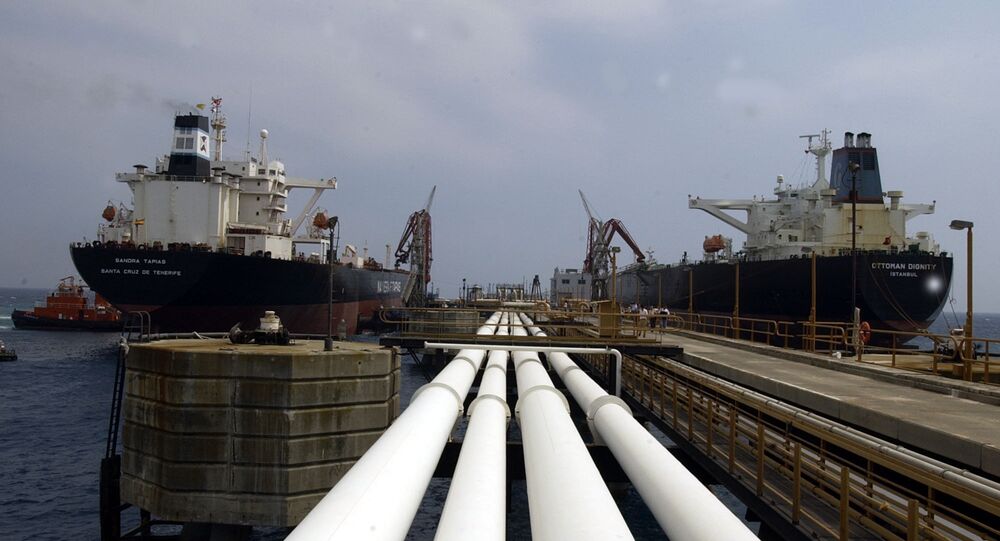 While the White House continues to stress America's pivotal role in the war on terror, the facts on the ground reveal that the US-led military coalition 'has not even begun fighting' Daesh (ISIS/ISIL), Czech-based political analyst Martin Berger notes.

Washington is still banging its war drums over the Daesh threat, despite not having raised a finger to counter the infamous terror group, Czech-based freelance journalist and analyst Martin Berger underscores.

The true goal of this propaganda campaign is to excuse Washington's over-the top military spending, which only benefits American arms manufacturers.

"The White House is using terrorist attacks around the globe that were supposedly carried out by Islamist groups to carry on its own wars in the Middle East, subjecting the countries it doesn't like to bombings and devastation," Berger writes in his article for New Eastern Outlook.

© AFP 2021 / FAYEZ NURELDINE
Daesh Godfathers? Turkey, Saudi Arabia, Qatar Spotted Funding Terrorists
The facts on the ground show clearly that US generals have not even begun fighting Daesh, he stresses, adding that the US military's only contribution to the situation was "arms supplies to Islamists."

"Of course they didn't do this on purpose; they just can't seem to properly drop crates anymore, missing time and time again… After all, back in May, US Senator John McCain openly admitted that three out of four bombers involved in the operation in Syria return to their bases without ever dropping a single ordnance," the journalist remarked with a hint of sarcasm.

The media has also depicted Turkey as a knight without fear or blame, which is fighting against Daesh.

"But finally, these masks have come off," Berger notes.

It is no secret that Turkey is involved in an illicit oil trade with Daesh and selling stolen Syrian and Iraqi oil. The Russian Ministry of Defense has demonstrated satellite and drone images of hundreds and hundreds of oil trucks moving from Daesh-held territory to Turkey to reach their destination at Turkish refineries and ports controlled by Recep Erdogan's family.

"This information is confirmed by a study by two professors of the University of Greenwich, George Kiourktsoglou and Alec Coutroubis, titled 'ISIS Gateway To Global Crude Oil Markets'. Those two gentlemen established the route of stolen oil across Turkey to foreign markets. There's not a glimpse of a chance that the ruling elites of Great Britain, Turkey, the United States and other NATO countries were not informed about such facts," Berger stresses.

© AFP 2021 / YOUSSEF KARWASHAN
Simple Test Can Bring End to Erdogan's Illicit Sale of 'Conflict Crude'
The journalist calls attention to the fact that the Turkish port of Ceyhan, where the trucks with stolen oil arrive, is located an hour's drive from the US military base at Incirlik.

It looks like Turkey's major NATO allies are pretty aware of what is going on, the journalist remarks. One can't exclude the possibility that the oil stolen by Daesh has been supplied to numerous NATO members, he adds.

Now Turkey and its NATO compatriots are beefing up their military presence along Daesh supply routes. Does it mean they want to protect the radical Islamists from new air strikes? Or, Berger asks, are they once again unable to find the Daesh forces directly in their midst?

Daesh Is Spawn of US Regime Change and Saudi Wahhabism – Engdahl