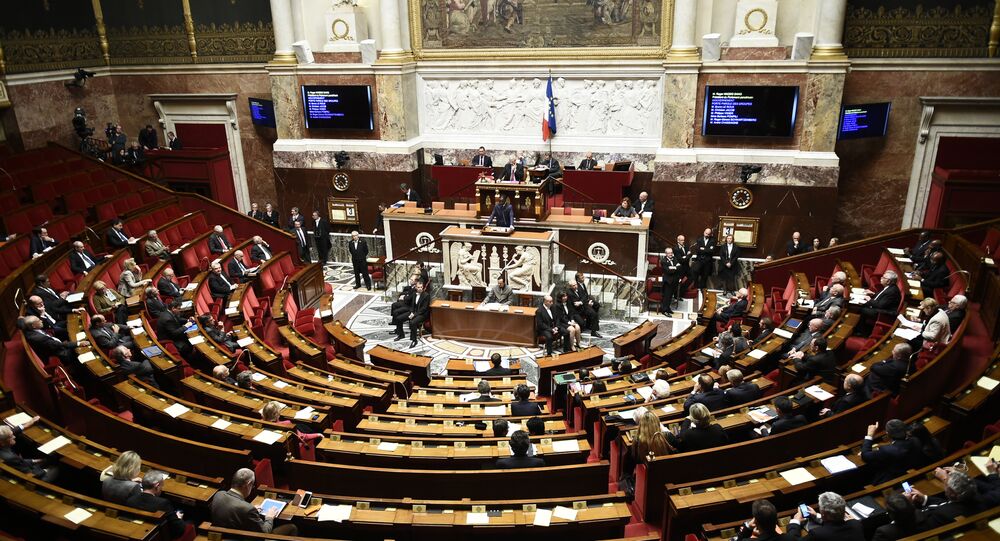 Mariani, who is also a former French transport minister, introduced the resolution Wednesday and is planning to debate it in the National Assembly in January.

"The next step would be to collect as many signatures among [Members of Parliament] under this resolution. My target is 150 signatures. After collecting them I plan in January to present it for debate at the National Assembly," Mariani said.

According to the resolution obtained by Sputnik, anti-Russia sanctions are "in contradiction with the fundamental interests of French-Russian relations," and are "totally ineffective but mostly illegal" in terms of international law and harmful to the interests of France.

"I would like to see France lift sanctions against Russia. It is proposed to the French government to acknowledge the cancellation of economic sanctions and limited measures imposed by the European Union to the Russian Federation and begin a review of the sanctions policy in regard to Russia," the document presented to the parliament reads.