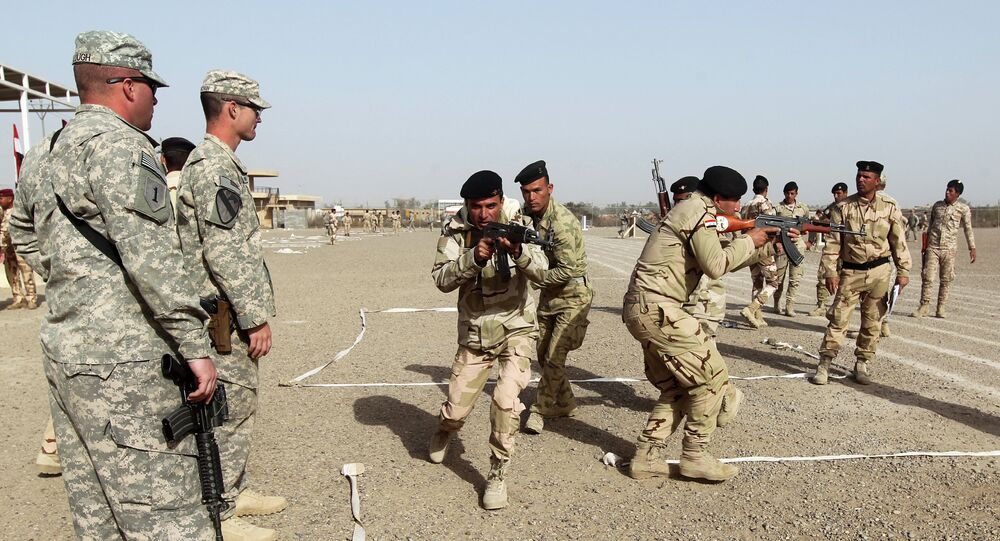 Washington's ruling elite should think before rushing to the Syrian war theater, American journalist and writer Eric S. Margolis notes, asking what the US military objective of a new Mideast war might be?

While US President Obama is trying to avoid more wars, America's "almighty" military industrial complex together with the Republican war party and neoconservatives keep pushing US toward new wars in Ukraine, Iraq and Syria, prominent American journalist and writer Eric S. Margolis notes.

"President Barack Obama's first instincts to avoid any more wars were absolutely correct. But the course of political events and the Paris massacre have dragged him into more rather than less military misadventures in the Mideast and Afghanistan. Obama's senior strategic advisors, Susan Rice and Samantha Power, have been steadily providing wrong-headed, even calamitous advice," Margolis writes in his piece for Information Clearing House.

© AFP 2020 / YOUSSEF KARWASHAN
Simple Test Can Bring End to Erdogan's Illicit Sale of 'Conflict Crude'
The US journalist points out that Pentagon chief Ashton Carter announced that the United States would send about 200 more special force personnel to Syria and Iraq in order to fight Daesh. He adds that by now Washington has deployed almost 3,500 American troops to Iraq for "training."

"America's mighty — perhaps almighty — military industrial complex, the Republican war party, neoconservatives and imperialists — keep impelling the US towards new wars in Ukraine, Iraq and Syria in spite of Obama's desire to end America's addiction to foreign conflicts. Some of these cranks want a full-blown war with nuclear-armed Russia," Margolis underscores.

While US presidential candidates are calling for sending more US troops in the Middle East they fail to clarify what the military objective of the US new campaign in the Middle East actually is. Apparently, the US ruling elite has not got the slightest idea what the Syrian military operation would be like. Given "fluid warfare" against the irregular forces of Daesh and al-Qaeda factions, the US troops would most likely be dragged into another Middle Eastern quagmire for years to come.

"Why should America stick its head again in this Mideast hornet's nest? To what gain? Can America afford such expensive imperial games when it is mired in debt? Or risk clashes with nuclear-armed Russia? Are Israel and the US planning to partition demolished Syria?" the US journalist asks.

© AFP 2020 / FAYEZ NURELDINE
Daesh Godfathers? Turkey, Saudi Arabia, Qatar Spotted Funding Terrorists
He recalls that the real object of any war is not "to kill the enemy," but to "achieve a favorable political settlement." However, it seems that the American plan in the Middle East is just to kill as many "bad guys" as possible, Margolis notes with heavy irony. Alas, a similar "juvenile" strategy resulted in Washington's humiliating defeats in Vietnam, Afghanistan and Iraq.

"Arrogance and ignorance led the US to invade Afghanistan and Iraq. Heedless of past mistakes, Washington is again rushing in where wise men fear to tread," Margolis concludes bitterly.