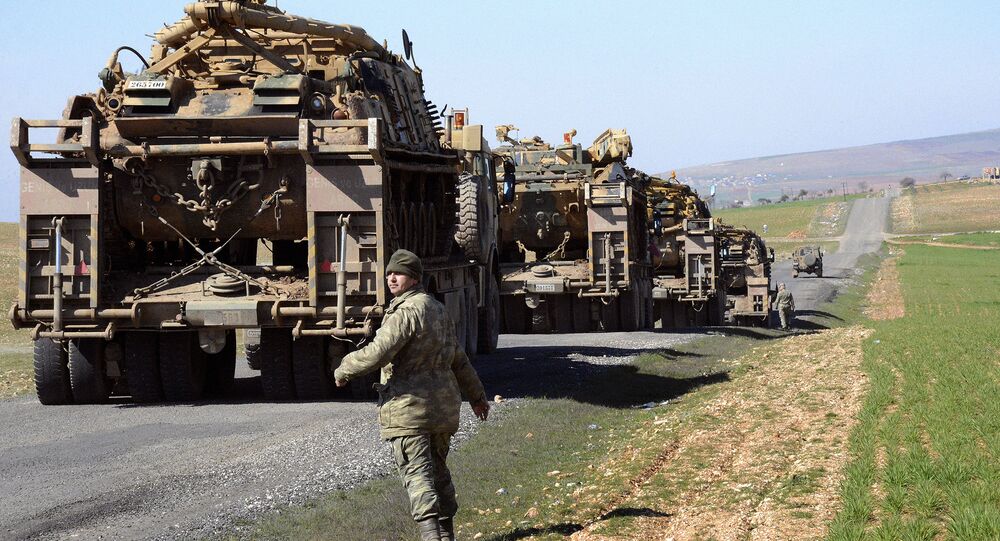 Russia hopes that Turkey will not carry out actions in Syria like it did in Iraq, placing its troops in this country, Russian envoy to the United Nations Vitaly Churkin said.

UNITED NATIONS (Sputnik) – On Tuesday, the UN Security Council discussed in a closed meeting the issue of Turkish troops entering the Iraqi territory.

"We hope that this concern that the UN Secretary-General and several members of the Security Council had shown during the meeting we had convened, will cool down the hot heads in Ankara, that they will settle the situation in Iraq in the way that would satisfy the Iraqi government," Churkin said, stressing that Moscow hoped that Turkey "will not carry out any new reckless moves, including on the Syrian territory."

Iraqi Prime Minister Haider Abadi said the deployment of Turkish servicemen on Iraqi territory had been carried out without the consent and knowledge of the Iraqi authorities and represented a violation of sovereignty and a breach of the principles of good neighborliness.

On Tuesday, UN Deputy Spokesperson Farhan Haq called on Baghdad and Ankara to resolve the issue through dialogue.