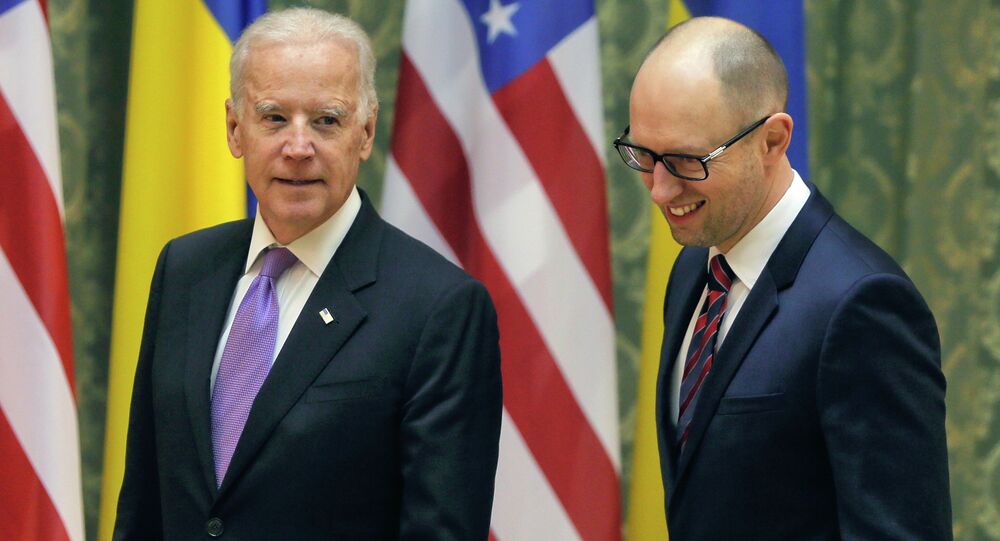 US Vice President Joe Biden underscored the importance of fighting corruption and improving economy during his meeting with members of the Ukrainian parliament Rada, civil society and government, the White House said in a press release on Monday.

WASHINGTON (Sputnik) — “The Vice President [Biden] and other participants spoke about the importance of anti-corruption, governance, and economic reforms,” the press release said.

Earlier in the day, the US vice president announced a new round of financial assistance to Kiev amounting to $190 million.

The United States has been assisting Ukraine with economic and military aid following the 2014 political crisis and Crimea’s referendum to reunite with Russia.

Washington has already provided Kiev with more than $266 million in military equipment and training, while the International Monetary Fund (IMF) has pledged to give Kiev some $17 billion in loans over a two-year period.

US Supports Extension of Sanctions Against Russia Over Ukraine Conflict