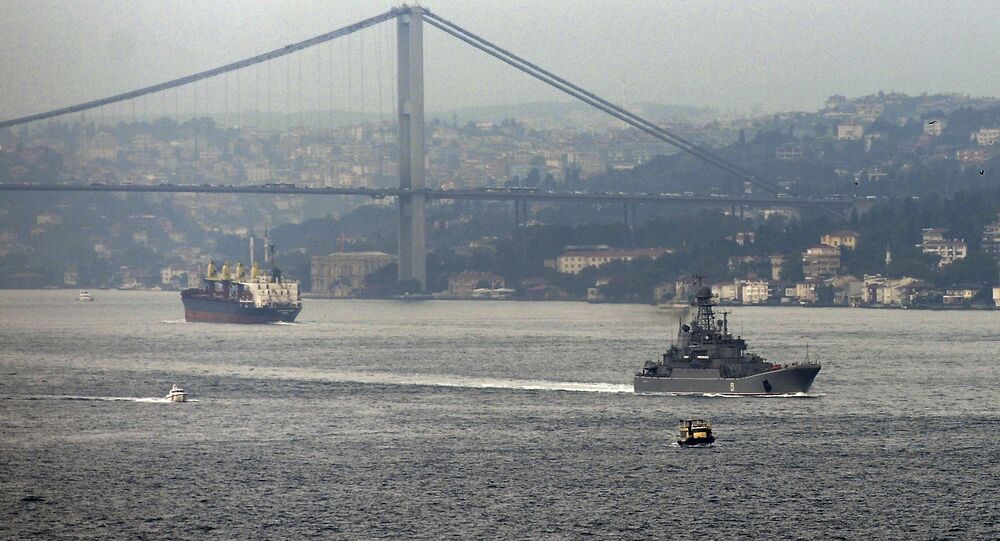 Turkey's Foreign Ministry is set to summon Russia's ambassador in Ankara over pictures that have emerged in local media of a Russian warship in the Bosphorus Strait, Hurriyet reported Monday citing Turkish officials.

© REUTERS / Murad Sezer
Why Turkey Will Not Close Bosphorus to Russian Naval Ships
ANKARA (Sputnik) — On Sunday, pictures were published by Turkish media allegedly showing a serviceman on a Russian ship holding a man-portable surface-to-air missile as the ship was passing through Bosphorus. The incident was deemed a provocation by Turkish authorities.

Earlier in the day, Turkish Transport Minister Binali Yildirim slammed Russia for the alleged incident, labeling it a direct threat to Ankara.

The 1936 Montreux Convention on the Regime of the Straits regulates the passage of civilian and naval ships through the Bosphorus Strait and the Dardanelles.

According to Article 2, "merchant vessels shall enjoy complete freedom of transit and navigation in the Straits, by day and by night, under any flag and with any kind of cargo, without any formalities."