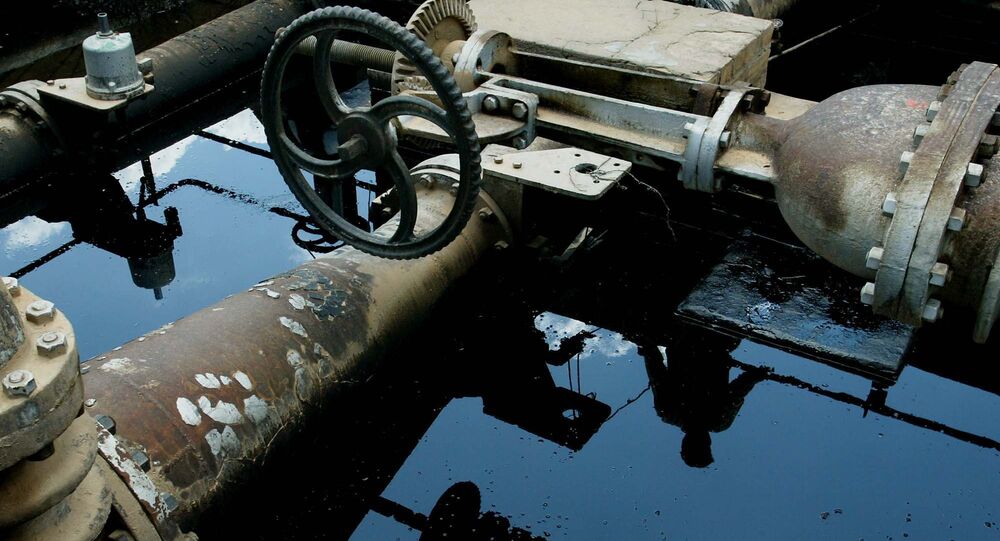 Institute for Gulf Affairs founder and director Ali al-Ahmed claims that Turkey plays the dominant role allowing Daesh to defy international sanctions and the refusal by the United States to acknowledge the situation is destroying Washington’s international credibility.

"It doesn’t take a rocket scientist to realize that almost everything goes out through Turkey and that the Turkish government knows about it," al-Ahmed said.

He explained that Turkey’s role has been intensely embarrassing for the Obama administration.

"This is very embarrassing for the US government defending these actions. It is protecting its allies. But it is destroying its own international credibility," he stated.

The sheer scale of Daesh oil traffic into and through Turkey made it impossible for the Turkish government to be ignorant of it."

© Photo : Russian Defence Ministry
Turkey 'Only Country' Capable of Buying Oil Smuggled by Daesh
"It is impossible to hide a trade of that size from the Turkish military. They carry Syrian and Iraqi oil and sell it cheap to the Turks," he said.

Turkish President Recep Tayyip and his inner circle, al-Ahmed continued, have been directly benefitting from the trade as Russian officials have claimed.

"In Turkey, to do this, you must be close to the government and be especially close to Mr. Erdogan. Erdogan and his family and circle are completely involved Businesses with relationships to Erdogan are making a killing," he added.

Daesh, Nusra and other jihadist groups received their weapons, munitions and other supplies through Turkey, al-Ahmed pointed out.

"Everything they sold for profit they got out through Turkey or the Gulf states. They sold to or through Turkey their oil, even machinery looted from cities in Syria and Iraq," the analyst said.

In addition to the enormous scale of the illicit trade through Turkey, al-Ahmed says, Daesh is obtaining funds from the thousands of trucks it captured in northern Iraq and Syria.

"[Many] of the trucks they seize are sold to Gulf countries and to Turkey," he observed.

Turkey’s domestic economy has been benefiting enormously from the cheap oil, but also food looted from Syria and Iraq by the Islamic State, which were sold afterwards at bargain basement prices, al-Ahmed said.

"The Turks are buying that oil at $10 to $20 a barrel instead of the $40 to $50 a barrel they would have to pay at current market prices. Wheat too they can buy at 25 percent of its international market price," he noted.

Daesh was taking full advantage of some of the most fertile land in the region, the professor concluded.