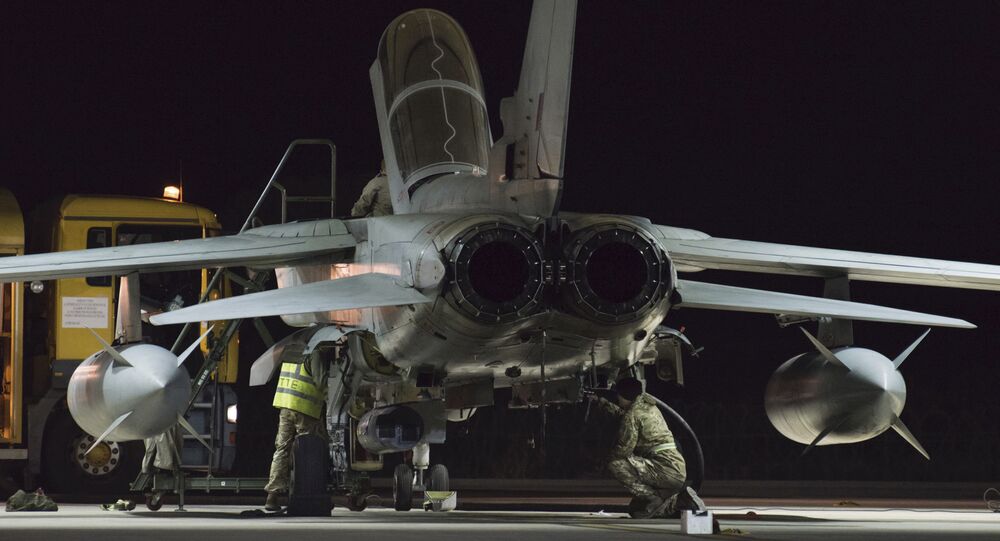 On December 2 the UK Parliament approved the country's participation in a military operation in Syria by a majority vote. On the night of December 3 UK had dealt its first blow to the positions of Daesh.

“The first RAF air strikes in Syria on Daesh positions are informational fuss. In the military sense in the current situation, they are ineffective,” Syrian National Agency SANA reported the minister as saying.

© REUTERS / Russell Cheyne
UK Extension of Airstrikes to Syria to Trigger Terrorism Growth - NGO
The minister stressed that the leadership in Syria welcomes any assistance in the fight against terrorism, provided that the actions will be coordinated with the Syrian authorities.

“They must act following the example of Russia,” Zoubi said.

The minister said that without coordination with the Syrian Army, Western countries “are not at war with Daesh but are only trying to create the impression of a fight.”

Russian Warplanes Hit 1,458 Terrorist Targets in Syria Over Past Week