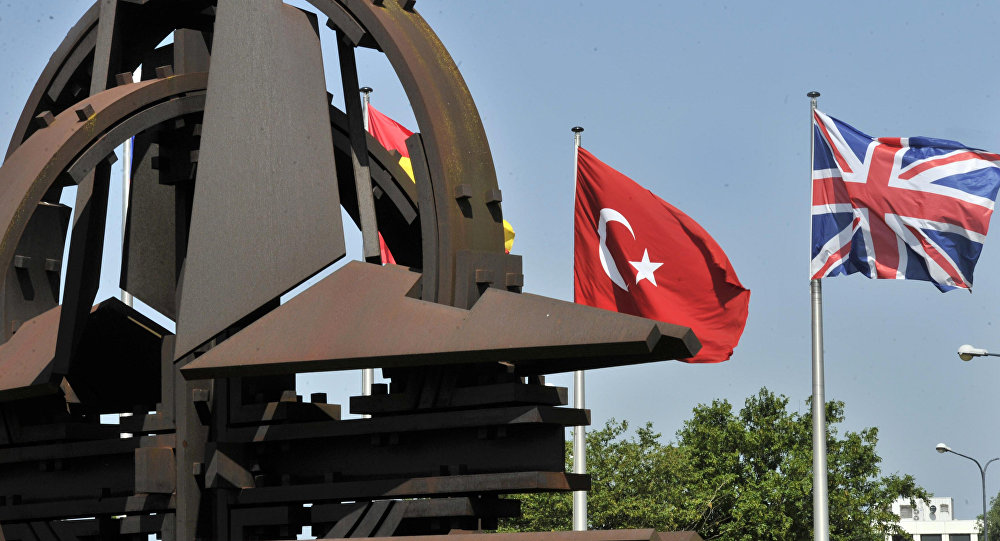 President Recep Tayyip Erdogan might have called his NATO allies right after Ankara shot a Russian Su-24 bomber out of the Syrian skies but Turkey is a NATO ally "in name only," Victor Davis Hanson wrote for Townhall. It is a "de facto enemy" of the North Atlantic Alliance.

"The problem with Turkey and the West … is that their relationship is decades out of date. What was once an alliance is now nothing special at all," the American military historian noted.

© Sputnik / Dmitry Vinogradov
Turkey-Daesh Ties: 'Russian Airstrikes Expose the Worst Kept Secret' in MidEast
Take a look at Turkey's relations with extremist groups in Syria or its downing of a Russian aircraft, which was on a counterterrorism mission in Latakia.

Erdogan never misses an opportunity to underscore Turkey's critical role in tackling Daesh, also known as ISIL/The Islamic State, but privately militants "have received a wink and nod from Turkish border authorities, given their shared hatred of Russia, Syria and Iran," the columnist asserted.

"The Islamic State may be a primordial death cult, but Erdogan apparently believes that it is at least a Sunni, not a Shiite, killing machine, and is occasionally useful in fighting common enemies, especially the Kurds," Hanson added.

The Su-24 incident shows just how two-faced Ankara really is. The Turkish Air Force shot down the aircraft citing alleged airspace violations, when the plane in fact never crossed into Turkey.

"Turkey now demands justice from Russia for violating Turkish airspace. But no country in the world violates foreign airspace as often as Turkey. A Greek defense analyst counted 2,244 times that Turkey violated Greek airspace in 2014 – an average of more than six violations per day," the analyst explained.

Not exactly a model NATO member regardless of what Barack Obama might think. The US president used to call his relationship with Erdogan a "special friendship." He was also a champion of Turkey joining the EU.

"All that can be said for Obama's current 'model relationship' is that Turkey is strategically located, with a large and powerful military, and hosts NATO bases. Those facts make it wise to keep Turkey neutral rather than hostile," Hanson added.

Why Causing Tensions With Russia is a Bad Idea for Turkey

As NATO's Eastern Outpost, Alliance Must Support Turkey 'No Matter What'