UK Prime Minister said that Vienna talks have contributed to the shrinking of the gap in political views on Syria between Russia and the West. 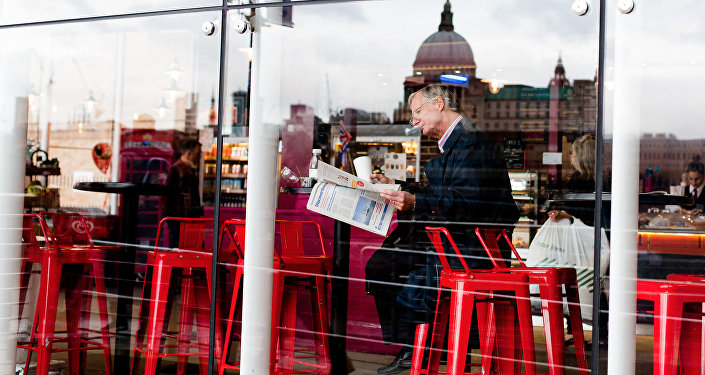 © Flickr / Lena Vasiljeva
UK Media as Deeply Divided on Syria Vote as House of Commons
MOSCOW (Sputnik) – The Vienna talks have contributed to the shrinking of the gap in political views on Syria between Russia and the West, UK Prime Minister David Cameron said Wednesday.

"There was an enormous gap between Britain, America and France and, indeed, Saudi Arabia, and Russia on the other hand: we wanted Assad to go instantly, they wanted him to stay potentially forever. That gap has narrowed, and I think it will narrow further as these vital talks in Vienna get underway," Cameron said, speaking in the House of Commons.

The prime minister said that the Vienna talks were not a "political process without an end."

"There is a real momentum behind these talks," Cameron added.

Since 2011, Syria has been mired in a civil war with government forces fighting a number of militant groups and opposition factions.

The most recent round of Syria talks in Vienna took place on November 14, and involved regional and world powers, including Russia, France, Germany, Saudi Arabia, Iran, Turkey and the United States.

In the first round of the Vienna talks in late October, the international mediators worked out a nine-point plan on ending the Syrian civil war, including a definition of national unity, the defeat of extremist groups and assistance to refugees.

UK Not Ruling Out Possibility of Russian 'Aggression' Against NATO