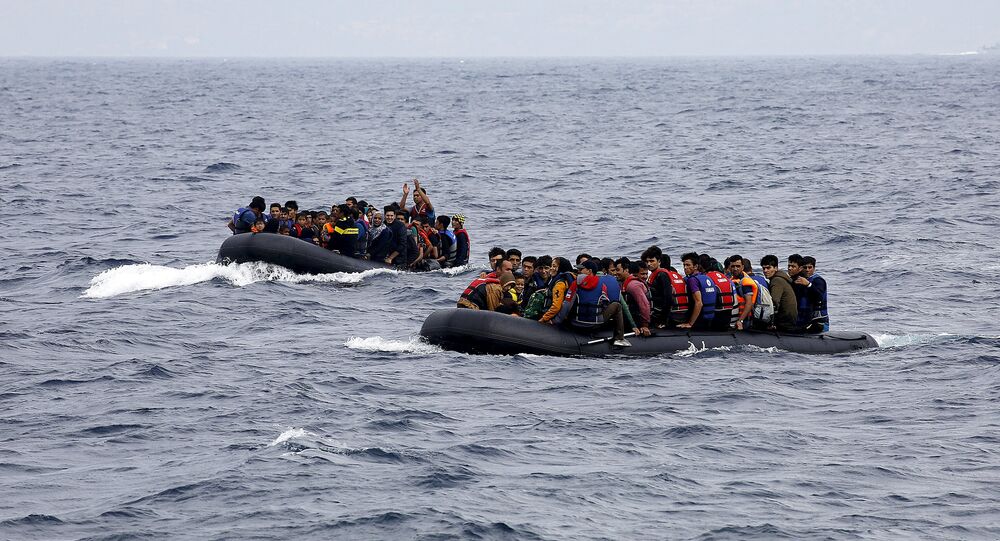 A Cyprus member of the European Parliament claims that the allocation of EU funds to Turkey to accommodate the refugees and to prevent them from entering the European Union is one of the ways forward until the Syrian war is over, then the funds should be redirected to the emergent Syria.

MOSCOW (Sputnik), Daria Chernyshova — The allocation of EU funds to Turkey to accommodate the refugees and to prevent them from entering the European Union is one of the ways forward until the Syrian war is over, then the funds should be redirected to the emergent Syria, a Cyprus member of the European Parliament told Sputnik Monday.

"For now, I think it is a good idea to cooperate with Turkey to keep the refugees in there," Takis Hadjigeorgiou, a member from the Progressive Party of Working People, said, adding that when circumstances allow, this aid should be applied to the "new Syria with a functioning democracy."

"Turkey is Syria’s neighbor, it is better for migrants to stay closer to their country in case we can arrange their relocation to a new democratic Syria," Hadjigeorgiou said.

On November 29, the European Union and Turkey approved a joint plan to counter excessive migration into the bloc, under which EU member states will give some €3 billion ($3.2 billion at current exchange rates) to Ankara and fast track negotiations for its EU accession.

© AP Photo / Markus Schreiber
EU Commission Plans Voluntary Resettlement of Refugees Residing in Turkey
Hadjigeorgiou stressed that European countries are afraid of accepting more migrants because of fears of rising right-wing forces "that is why they try to stop the problem."

The European Union is currently struggling to manage the massive refugee crisis, with hundreds of thousands of people leaving conflict-torn countries in the Middle East and North Africa and travelling to Europe. Over a million illegal border crossings have been detected by the EU border agency Frontex since the beginning of 2015.

Nearly 2.2 million Syrian refugees are temporarily living in Turkey, according to the country's authorities. The European Union is attempting to prevent them from reaching the bloc by supporting Turkey financially so that it can provide decent living conditions for the refugees.

"I don’t believe that Turkey has the EU door open in front of it right now," Takis Hadjigeorgiou said.

"Both of them – the European Union and Turkey believe and agree that it is important to keep this pact working. Turkey needs to have in front of it this path open and some European countries think it is for the benefit of all of us to keep Turkey on that track," Hadjigeorgiou said.

He also noted that the EU funds should be properly allocated to Turkey to ensured the money is used to benefit the refugees.

Hadjigeorgiou stressed that "if Turkey is a member it can work in a more democratic way with the countries that are already EU members." He cited Greece and Cyprus as states that could potentially benefit "because we can solve many problems and will see the Cyprus issue being solved."

The International Organization for Migration (IOM) has estimated that over 850,000 migrants, many from war-torn Syria, arrived in Europe via the Mediterranean Sea in 2015. Turkey currently hosts the highest number of Syrian refugees, at about 2.1 million according to UN estimates.

Negotiations over Turkey's EU membership began in 2005 but they have been repeatedly deadlocked, as the sides failed to come to agreement on the implementation of the technical points that Ankara must fulfill to achieve the standards required for EU membership.