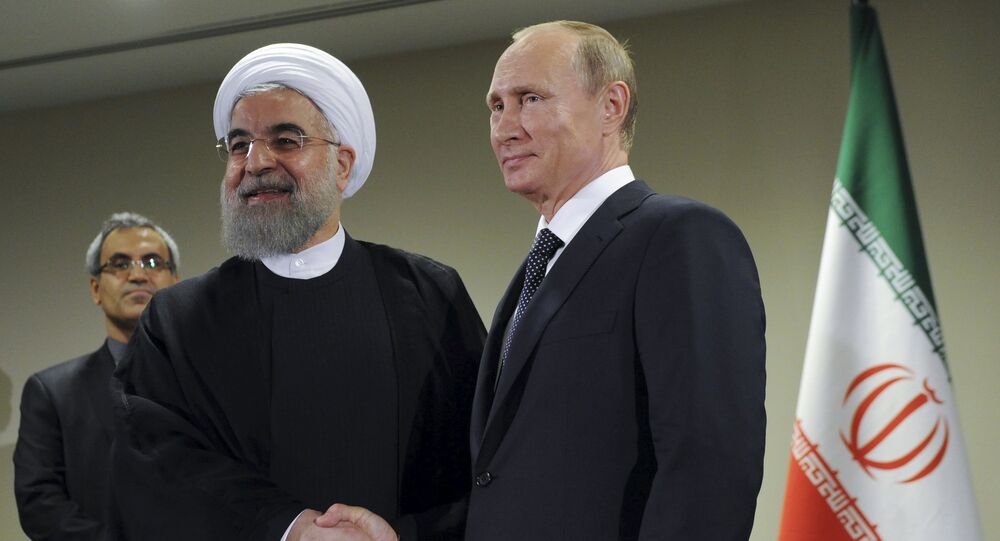 A senior Lebanese military analyst underlined that the alliance between Iran and Russia that has grown stronger in the war against the terrorists in Syria has challenged the US hegemony in the world.

"In the current stage that Russia has strengthened and Iran has also grown stronger militarily and economically, cooperation between Russia and Iran is considered as a serious threat to the US plots and hegemony," FARS News agency reported Walid al-Zaitouni as saying.

© Sputnik / Alexei Druzhinin
Loud and Clear: Iran Escaping Isolation, Becoming Russia’s Key Partner
He further said that the US in the last five years was not able to fully implement its plots in Syria and is trying to create tension between the two main regional powers.

Following his visit, Iranian Ambassador to Russia Mehdi Sanaei said that Tehran and Moscow had entered a new phase of mutual cooperation after President Putin's visit to Iran and his meetings with Ayatollah Khamenei and President Rouhani.

"The recent visit of the Russian president to Tehran was an evidence of the developed relations between Iran and Russia in all fields," FARS News reported Mehdi Sanaei as saying.

Axis of Equals: Russia, Iran Hope to Put a Stop to Western Hegemony