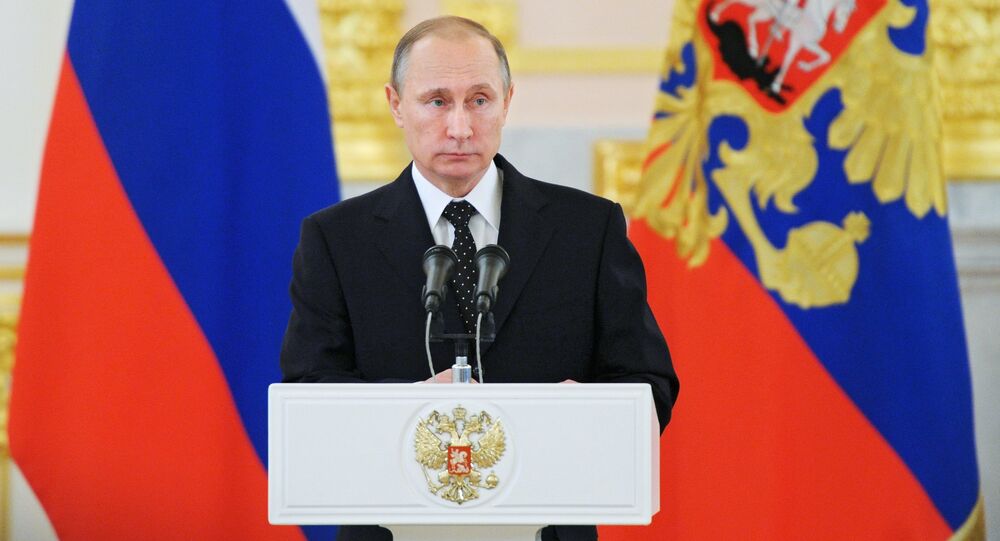 "Russian President V.V. Putin has signed a Decree ‘On Measures to Guarantee National Security in the Russian Federation and Protect Russian Citizens Against Criminal and Other Illegal Actions, and on Special Economic Measures Against the Turkish Republic," the statement said.

The visa-free regime between the countries will be partially suspended after January 1, 2016. The measure does not concern Turkish nationals who have a temporary or permanent resident permit, as well as Turkish staff of diplomatic or consular missions in Russia and their families.

© Flickr / KLMircea
Russia Suspends Visa-Free Regime With Turkey - Lavrov
The Russian Foreign Ministry has been ordered to notify Ankara about these changes, the statement added.

On Friday, Russian Foreign Minister Sergei Lavrov said that the Russian government had reached a decision to suspend the free-visa regime between Russia and Turkey due to security concerns.

The move comes as Russia started to question Ankara's commitment to the fight against terrorism following the downing of a Russian Su-24 bomber on Tuesday by the Turkish Air Force over Syria.

"Travel operators and agencies should refrain from selling tourist products to Russian citizens that involves going to the Turkish Republic."

© AP Photo / Emrah Gurel
Erdogan Shot Himself in the Foot: Russia Has Means to Punish Turkey for Downing of Su-24 Bomber
Charter air transportation between Russia and Turkey will also be banned.

Moreover, Russia will restrict import of certain Turkish goods except for the goods imported for personal use to an extent permitted by law of the Eurasian Economic Union (EEU), the statement said.

The activities of Turkish organizations in Russia will also be restricted, according to the Kremlin’s press service.

Moreover, Russian employers will not be allowed to hire Turkish citizens starting from January 1, 2016.

Ankara Calls on Turkish Citizens to Refrain From Visiting Russia