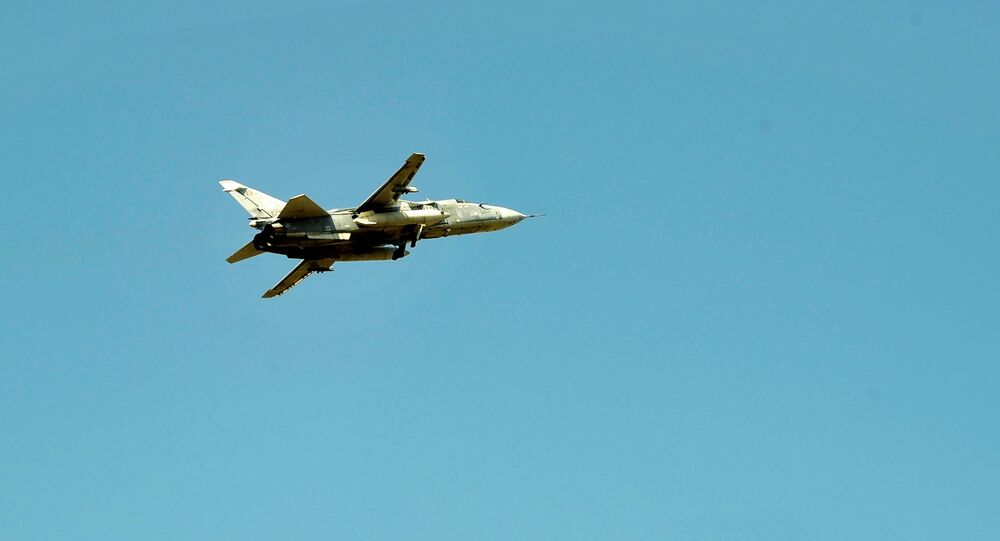 Nobody Has the Right to Treacherously Down Russian Aircraft - Kremlin

The Kremlin spokesperson stated that attacking a Russian plane is absolutely unacceptable.

"Now, when there has been no invasion, nobody can treacherously shoot the Russian plane in its tail," Peskov told  Rossiya 24 television channel.

The downing of the Russian Su-24 fighter jet over Syria by Turkey has dealt great damage to bilateral relations between Moscow and Ankara.

"The Russian president said yesterday that everything about the Turkish president is a concern of Turkish voters, it is not our business. Out concern are, of course, bilateral Russian-Turkish relations that have been badly damaged."

In the wake of the jet downing, Russia stepped up anti-missile defenses in Syria and announced the deployment of new S-400 air defense systems to its Hmeimim airbase. Turkish President Recep Erdogan called this move an act of aggression against his country's sovereignty.

The attack is an unprecedented challenge; Russia responded correspondingly, according to Peskov.

© AP Photo / Militant photo
US Pressing Turkey to Seal Border With Syria to Weaken Islamic State
“Russia was unprecedentedly challenged and the response is in line with this threat,” he said.

Following the attack, Moscow and Ankara suspended a hotline which was created to prevent dangerous situation.

"The hotline, which was created especially for prevention, was halted," Peskov said.

"From our point of view, the level of predictability of the Turkish leadership is very hard to assess."

Peskov called on countries that have influence on Ankara to use their leverage to "guarantee at least some predictability on the Turkish part." "It cannot shoot down Russian planes. It cannot assault Russia," he stressed.

On November 24, a Russian Su-24 bomber was downed by an air-to-air missile launched by a Turkish F-16 jet over Syrian territory, falling 4 kilometers (2.5 miles) from the Turkish border.