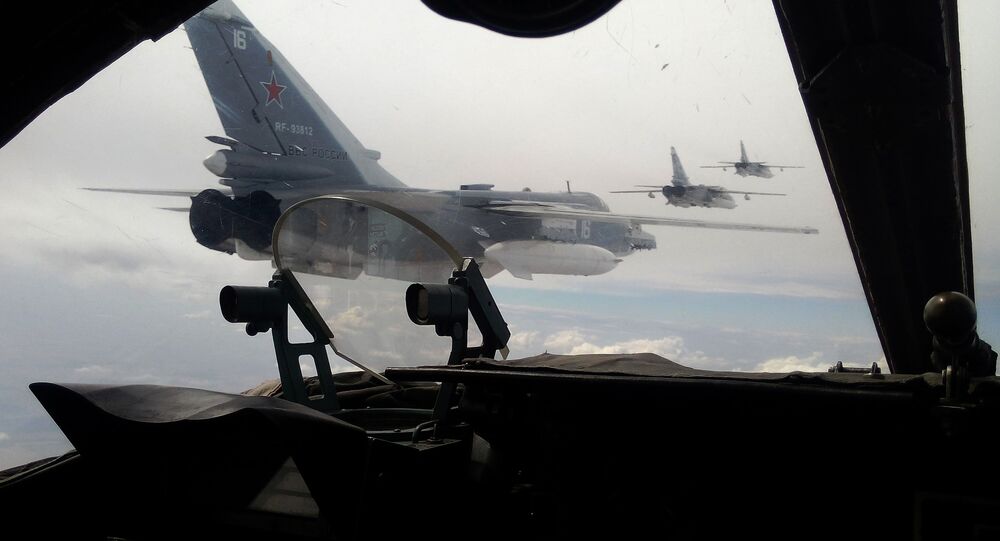 France’s Permanent Representative to NATO, Jean-Baptiste Mattei, has called for the respect of Turkey’s territorial integrity.

MOSCOW (Sputnik) – On Friday,a diplomatic source told RIA Novosti that a French representative made a harsh speech at a NATO Council meeting on November 24 regarding the Su-24 incident, saying Turkish activities were undermining the military operation of the international coalition against ISIL.

Jean-Baptiste Mattei, who was speaking at the meeting, released a statement via Twitter later on Friday refuting this information.

"I, like all the Allies, called for the respect of Turkey’s territorial integrity and underlined the necessity of preventing any escalation," the French ambassador stressed.

© AP Photo / AP Photo via militant website, File
US Consistently Failed to Crack Down on Turkey’s Support for Islamic State

NATO offered support for Ankara and expressed solidarity with Turkey after it downed a Russian Su-24 bomber on Tuesday.

NATO Secretary General Jens Stoltenberg said that the alliance’s assessment of the incident was consistent with information provided by the country, which claimed that the Russian aircraft had briefly violated Turkish airspace.

Russian President Vladimir Putin said that the plane was downed by an air-to-air missile launched by a Turkish F-16 jet over Syrian territory, falling some 2.5 miles from the Turkish border.

The Russian General Staff and the Syrian Air Defense Command have both confirmed that the Su-24 never crossed into Turkish airspace, citing precise objective control data.

Commenting on Stoltenberg’s statement, Russian Foreign Minister Sergei Lavrov said that no common position on the Su-24 downing was actually established during the meeting of permanent representatives of NATO countries which followed the incident. According to Lavrov, Stoltenberg’s statement was not literally agreed with all the Alliance members.

Russia has been carrying out airstrikes in Syria against ISIL targets since September 30, at the request of Syrian President Bashar Assad. A US-led international coalition has been conducting airstrikes against the militant group in Syria since September 2014, without the approval of Damascus or the United Nations.