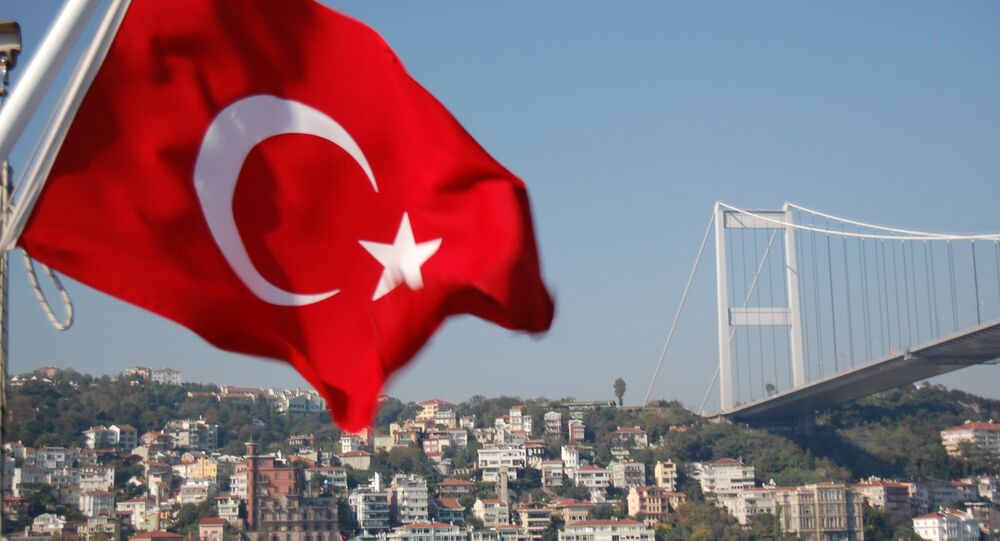 Whatever Ankara would claim, it’s beyond its capability to compete with Moscow, German media wrote. Russia not only can hit the Turkish economy hard, but also put an end upon Turkish dreams of becoming a leading power in the Middle East region.

The escalation of tensions with Moscow could not only result in the implemenation of economic sanctions upon Ankara, but also in negative consequences for its role in the whole Middle East region, reporter Thomas Seibert wrote for Der Tagesspiegel.

“Not only are Russo-Turkish relations laid on the line, including gas supplies from Russia and plans of Turkey to create a buffer zone in Syria. Erdogan steps up with an idea of ‘renovated Turkey’” that as a substantive regional power pursues its own interests in the Middle East,” Seibert claimed.

© AP Photo / Burhan Ozbilici
Erdogan’s Decision to Down Su-24 Was Deliberate - German Analyst
After the Su-24 incident, Erdogan’s senior aide Yiğit Bulut wrote for the Star newspaper that Turkey is a “great country,” which won’t allow anyone to interfere in its internal affairs. The country’s president said that Turkey considers the whole region lying between the Balkans, Caucasus and Northern Africa a zone of its sovereign interests.

“However, in reality the state of affairs is different. Erdogan can hardly undertake anything to hamper Russia in Syria,” Seibert argued.

Semih Idiz, a columnist for Hürriyet newspaper, doesn’t rule out that in the developed situation the supporters of Turkey in the north of Syria would come under intensified fire attacks by Russian Aerospace Forces. He also added that “poking the ‘Russian Bear’ comes at a cost.”

“Erdogan’s thesis that Turkey is a substantive regional power  in the Middle East has shaken,” the German reporter pointed out.

© AP Photo / Kevin Frayer
Turns Out, Russia Was Right: ISIL Oil is Going to Turkey – German Media
After the crash of the Russian Su-24, the tone of the Turkish president’s claims have varied from apologetic intonations to harsh ones, Der Tagesspiegel noted. Erdogan either calls for “peace, dialogue and diplomacy” in relations with Russia, or states that Turkey’s aim is to down Russian jets in event the country’s airspace is violated.

"It’s doubtful that this [claim] will make a great impression on Moscow,” Seibert concluded.