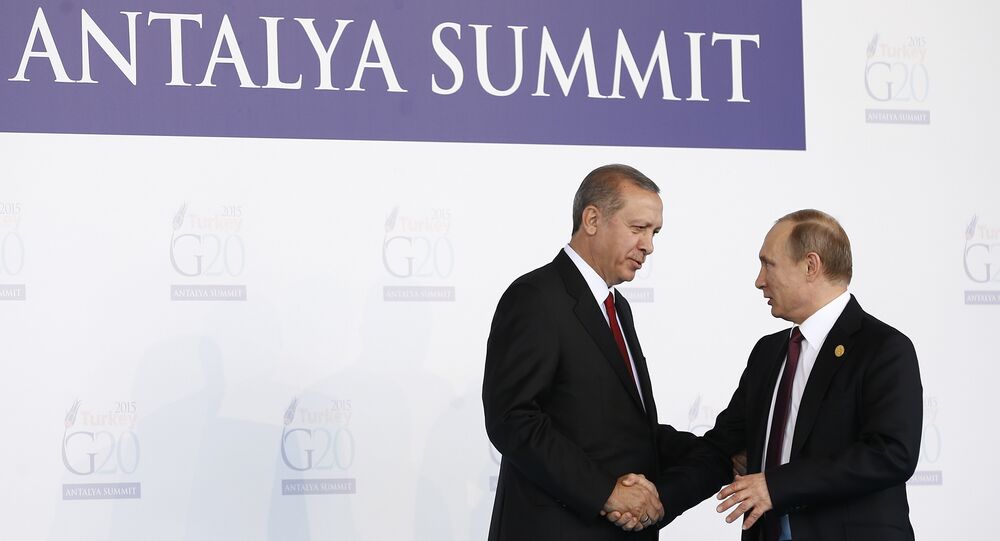 Turkish president said that he had discussed with Vladimir Putin violations of the country’s airspace by Russian military aircraft during the G20 summit.

ANKARA (Sputnik) – Turkish President Recep Tayyip Erdogan said Friday that he had discussed with his Russian counterpart violations of the country’s airspace by Russian military aircraft during the G20 summit in Antalya earlier in November.

"There have been several cases of the kind recently. We have summoned the Russian ambassador, told the Russian side about our concerns. They say, we have a strategic cooperation with you. Well, but it does not give the right to violate our airspace. I called [Russian President Vladimir] Putin and said it was unacceptable, discussed these incidents with him in Antalya at the G20 [on November 15-16]. They say, ‘Consider it a guest visit.’ I replied that one should not come uninvited," Erdogan said at a rally in the northeastern Turkish city of Bayburt.

Putin said that the Russian Su-24 plane was downed on Tuesday by an air-to-air missile launched by a Turkish F-16 jet over Syrian territory, falling 4 kilometers (2.5 miles) from the Turkish border. He described the Turkish attack as a "stab in the back" carried out by "accomplices of terrorists."

Ankara claimed that the Russian aircraft was downed because it had violated Turkish airspace.