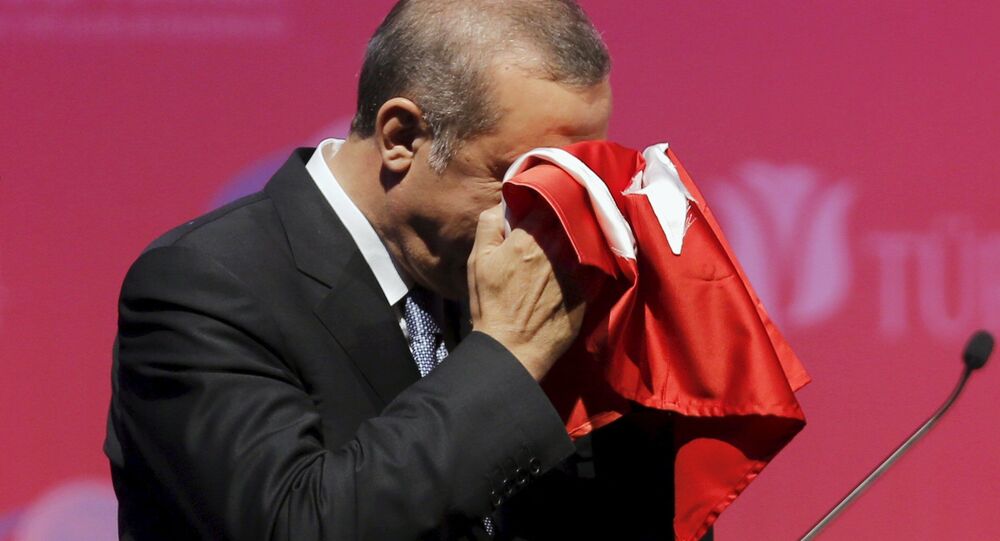 Relations with Russia have great importance for Turkey.

ANKARA (Sputnik) – Relations with Russia have great importance for Turkey and they should not be spoiled, Turkish President Recep Tayyip Erdogan said Friday.

“Relations with Russia for us are very important. We have great potential for cooperation and we don’t want them to be spoiled,” Erdogan said during a rally in the northeastern Turkish city of Bayburt.

The Turkish president also called on Russia "not to play with fire" supporting Syrian President Bashar Assad. Turkey, as well as the West, do not see Assad as the country's legitimate authority, and support the Syrian opposition which aims to oust the president.

The tensions between Ankara and Moscow come following the Tuesday downing of a Russian Su-24 bomber by Turkey. Ankara claimed it downed the Russian military aircraft because it had violated Turkish airspace. The Russian General Staff and the Syrian Air Defense Command confirmed that the Su-24 never crossed into Turkish airspace.