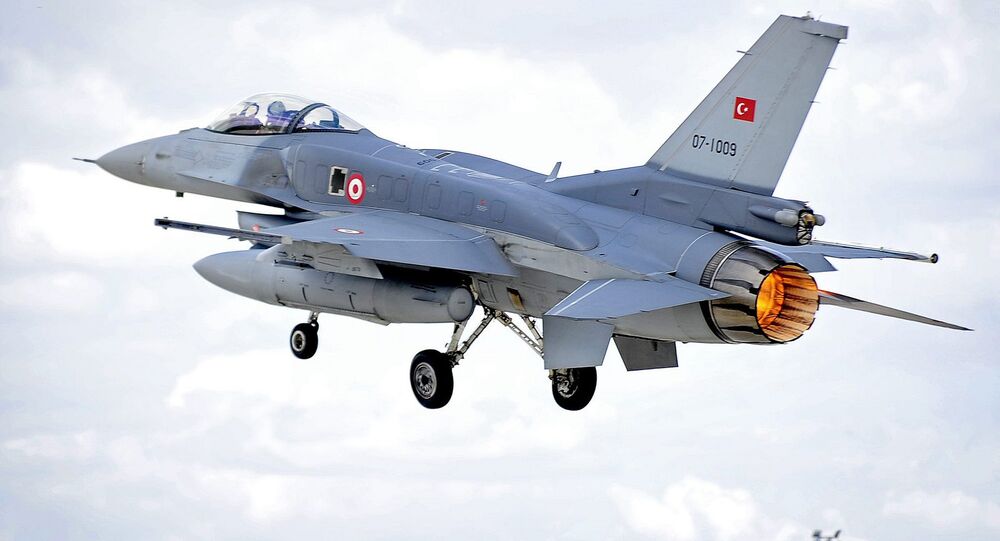 By striking Russia's Su-24 Turkey has obviously committed an act of aggression against Russia; however, it is highly naive to believe that President Erdogan acted alone, unilaterally deciding to attack the Russian plane, US author and syndicated columnist Stephen Lendman emphasizes.

In his latest piece for Global Research Lendman calls attention to the fact that Ankara's obvious lies about the Russian Su-24 entering the Turkish airspace being warned almost "ten times" have been accepted as the truth by Western leaders and NATO officials.

"As we have repeatedly made clear, we stand in solidarity with Turkey and support the territorial integrity of our NATO Ally, Turkey," NATO Secretary-General Jens Stoltenberg said in an official statement after the emergency meeting requested by Ankara.

​Stoltenberg also added: "I have previously expressed my concerns about the implications of the military actions of the Russian Federation close to NATO's borders."

Washington and NATO have immediately sided with Turkey turning a deaf ear to Russia's official statement that the Syrian Air Defense Forces, as well as objective monitoring data, confirms that the Russian aircraft had not entered Turkish airspace.

​In addition, rescued Su-24 co-pilot Captain Murahtin admitted that there was no violation of the Turkish airspace and there were also no visual or radio warnings issued by Turkey.

"There were no warnings. Not via radio, not visually. There was no contact whatsoever. That's why we were keeping our combat course as usual. You have to understand what the cruising speed of a bomber is compared to an F-16. If they wanted to warn us, they could have shown themselves by heading on a parallel course. But there was nothing. And the rocket hit our tail completely unexpectedly. We didn't even see it in time to take evasive maneuvers," Captain Konstantin Murahtin told journalists.

© Sputnik / Dmitriy Vinogradov
Downing of Russian Su-24 Was a 'Pre-Planned Provocation' by Turkey, NATO - UK Ex-Lawmaker
It seems that NATO officials are not interested in disclosing the truth, though.

Commenting on the issue, President Barack Obama said that Turkey "has a right to defend itself."

© Sputnik / Alexey Kudenko
Turkish Stream Falls Under Russia's Restrictive Measures Against Turkey - Economic Development Minister
And so did David Cameron, stressing that "we should respect Turkey's right to protect its airspace just as we defend our own," admitting, however, that "the facts on this are not yet clear."

What will Russia do in response?

Lendman stresses that Russian General Staff official Sergey Rudskoy announced that the air defense of the Hmeymim airbase, where the Russian Aerospace Forces group is stationed, would be reinforced. Rudskoy warned that henceforth every target posing a potential threat will be destroyed.

​On Thursday, RIA Novosti reported that Russia's S-400 Triumf next generation surface-to-air missile system has already been deployed to the Hmeymim airbase in Syria.

​On the other hand, the Russian government has discussed a series of restrictive economic measures against Turkey in the wake of the incident.

"[President] Putin, [Prime Minister] Medvedev and other Russian officials know Turkey is complicit with Washington in recruiting, arming, funding, training and directing ISIS elements along with other terrorists on its territory, aiding their free movement cross-border into Syria and Iraq and back," the geopolitical analyst underscores.