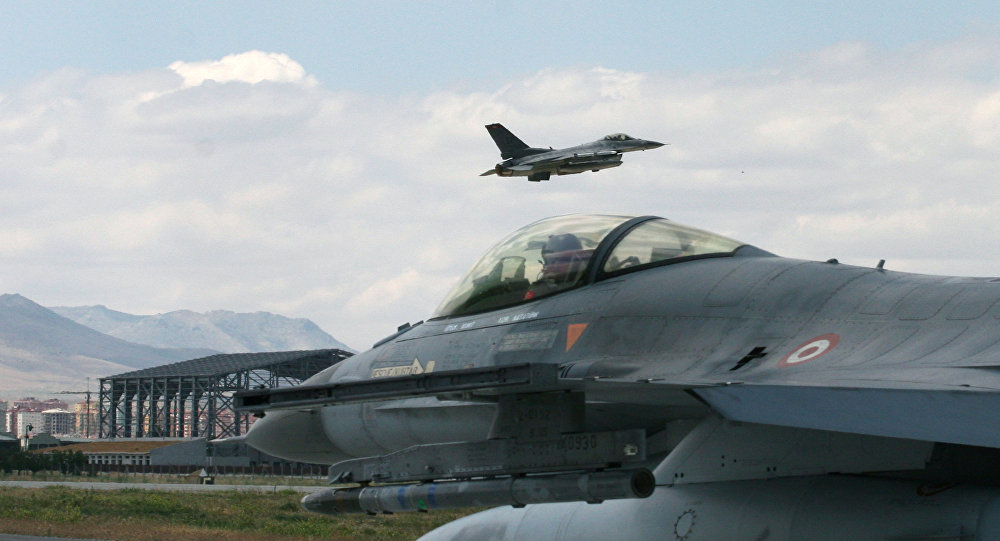 French lawmaker Nicolas Dupont-Aignan told iTele that Turkey should have attacked ISIL instead of a Russian jet.

© Sputnik / Valeriy Melnikov
Erdogan Says Turkey Will Not Apologize for Downing Russian Su-24
On Tuesday, a Russian Su-24 jet crashed in Syria. Russian President Vladimir Putin said that the plane was downed over Syrian territory by an air-to-air missile launched by a Turkish F-16 jet, and fell 4 kilometers (2.5 miles) from the Turkish border. Putin described the Turkish attack as a "stab in the back" carried out by "accomplices of terrorists."

"We should have lifted anti-Russian economic sanctions," the lawmaker wrote on his Twitter page.

​He underscored that first of all France should take joint actions with Russia against the Islamic State (ISIL) terrorist group.

"This incident would provoke major consequences in the mid-term perspective. Turkey has long been playing an ambiguous role. Russia is fully engaged in the fight against Daesh (ISIL). We should take its side. Turkey should have attacked ISIL and stopped this unacceptable double game of attacking our ally in the fight against ISIL," the lawmaker wrote on the website of the France Arise party.

Ankara should stop any military efforts against the Kurds and Syrian President Bashar al-Assad and choose which side it is on in the fight against ISIL, the lawmaker concluded.