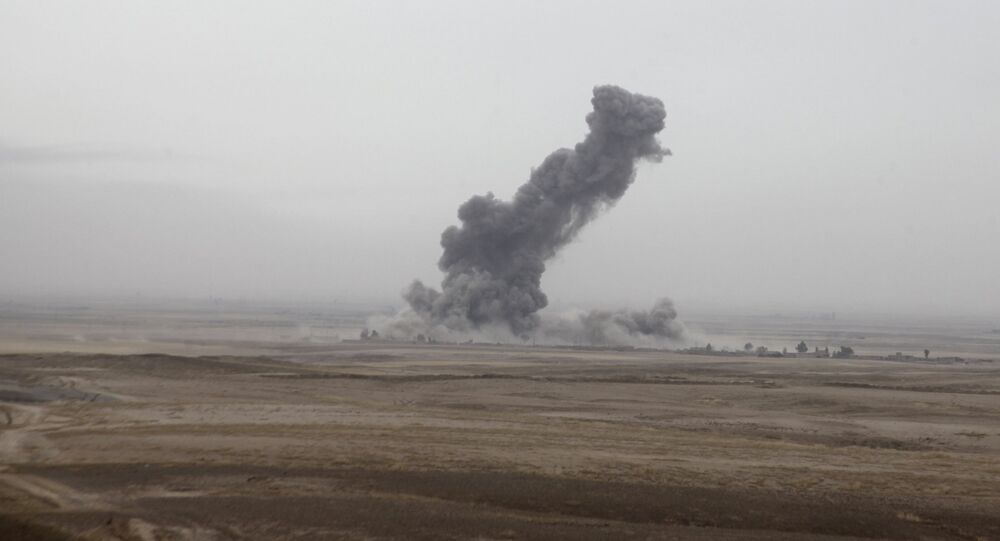 Both houses of the French parliament have supported to extend anti-Islamic State jihadist group airstrikes in Syria into next year in an overwhelming vote on Wednesday.

PARIS (Sputnik) – France stepped up its efforts against the Islamic State after it had claimed responsibility for the November 13 series of suicide bombings and shootings in Paris that killed 130 and injured over 350 people.

"Following a statement by the Government, followed by a debate, senators authorized the extension of the commitment of air power over Syria," the Senate said after 325 out of 346 senators cast their ballots in favor.

The lower house of parliament, the National Assembly, backed extended airstrikes after all but four of the 529 votes were cast in favor earlier.

"Under Article 35, Paragraph 3 of the Constitution, the [National] Assembly, after hearing a statement from the Government and debating this statement, authorized the extension of the air force commitment over Syria," the lower house said.

Majority of French Support Intensifying Airstrikes Against ISIL in Syria