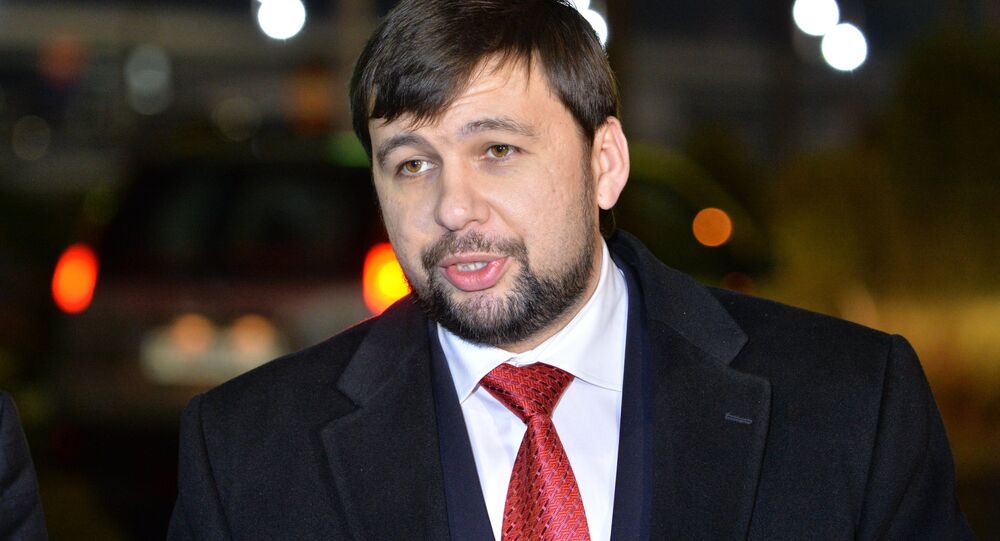 All subgroups of the Trilateral Contact Group on Ukrainian reconciliation have completed talks in the Belarusian capital of Minsk, the self-proclaimed Donetsk People’s Republic (DPR) envoy to the talks announced Tuesday.

DONETSK (Sputnik) – The Belarusian Foreign Ministry said the political subgroup would continue its work on Wednesday.

"The security subgroup also concluded its talks," Denis Pushilin was quoted as saying by the Donetsk News Agency.

Pushilin said earlier that the political, humanitarian and economic subgroups have adjourned for the day.

© Sputnik / Alexey Kudenko
Donetsk Suspends Coal Deliveries to the Rest of Ukraine
"The humanitarian subgroup is already flying out of Minsk today," he said.

Established in May 2014, the Contact Group aims to promote direct dialogue between Kiev and pro-independence militias, including DPR and the neighboring self-proclaimed Lugansk People’s Republic (LPR). The group includes representatives from Russia, Ukraine and the Organization for Security and Co-operation in Europe (OSCE).

Belarus to Host Next Ukraine Contact Group Talks on December 8