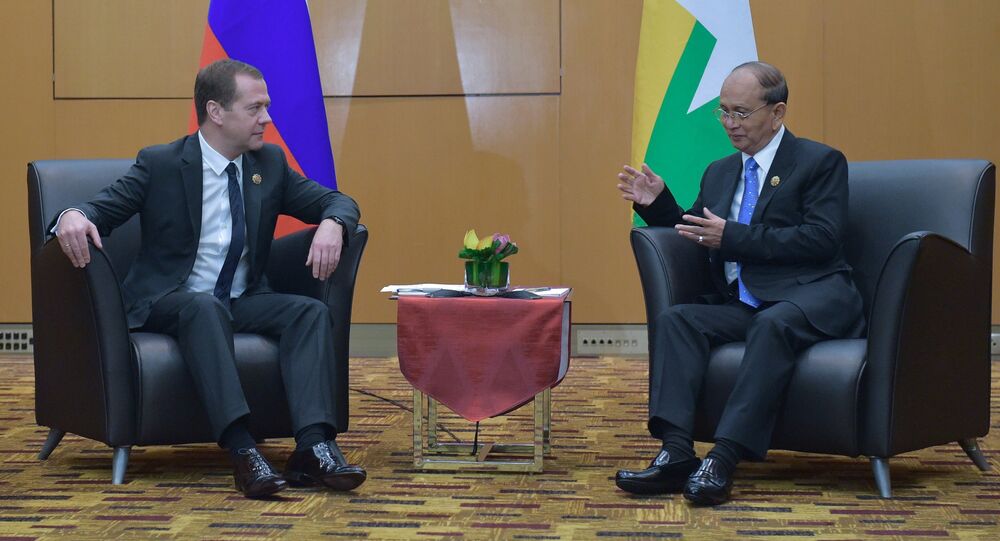 "Russia is willing to continue deepening friendly relations with your country <…> across all spheres," Medvedev said.

© Photo : Roscosmos
US, Russia, China to Explore Benefits of Outer Space for ASEAN
In turn, President Sein thanked Moscow for its support on the international arena and vowed to "continue strengthening friendship between our two countries."

He hinted at the coming political changes in the Southeast Asian country following the November 8 general election, which saw the party of Myanmar’s long-time opposition leader Aung San Suu Kyi win by a landslide.

The new government will take over next March. Until then, the incumbent president hopes to visit Russia in his current capacity.