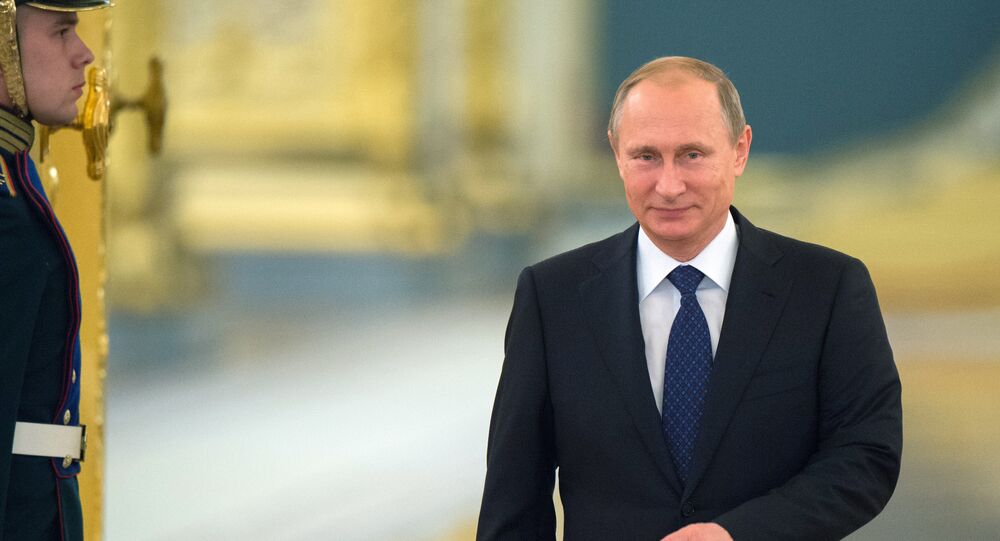 The Paris massacre of November 13 marked a watershed moment in terms of how American and European leaders view Russia and its role in fighting ISIL – Moscow is increasingly seen as an indispensable ally in what is the greatest challenge all nations have to meet.

Gone are the times when the US president could refer to Russia as a "regional power."

"Syrian peace talks in Vienna put Russia front and center as an indispensable global power," Berlin-based journalist Lucian Kim noted. "Now, with a settlement for Syria more pressing than ever, Obama has no choice but to take Putin seriously."

Some signs suggest that the US and Russia are on the way to reestablishing normal relations. The Russian president and his US counterpart met on the sidelines of the G20 summit in Turkey. US defense and intelligence agencies "also started talking with their Russian counterparts," the reporter added in an opinion piece for Slate.

Should this be the case, the next logical step would be to create a truly global coalition tasked with defeating a ruthless common enemy.

An anti-ISIL coalition, which would include the US, Russia and other major stakeholders, is "an immediate imperative," Ingo Mannteufel wrote for Deutsche Welle. "French President François Hollande and his US counterpart Barack Obama seem to be thinking along these lines."

Hollande has been a vocal supporter of joint anti-ISIL efforts since the brutal group carried out a series of deadly attacks in Paris last week. Next week, the French leader will travel to Washington and Moscow to push for a broad coalition. But cooperation, albeit limited at the moment, is already a reality.

© Sputnik / Michael Klimentyev
Putin – Cometh the Hour, Cometh the Man
Earlier this week, France and Russia agreed to coordinate military activities of their naval forces in the Mediterranean, which could signal the beginning of larger counterterrorism cooperation between the two countries, who recently suffered devastating ISIL attacks.

In late October, the brutal group blew up a Russian passenger jet over the Sinai Peninsula, killing all 224 people on board. Earlier this week, Russian authorities confirmed that the crash was an act of terrorism. Putin pledged to punish those responsible for the atrocity.

In addition, France sent a clear signal to the US that the Elysée wants more vigorous military engagement in Syria. There are limits to what airstrikes can achieve. Winning a war requires sending ground forces, French envoy to the US Gérard Araud told MSNBC.

"The ambassador's words signal Hollande's deep dissatisfaction with President Obama's Syria strategy. This interview hints, too, at a broader strategic consequence of the Paris attacks: After witnessing the American president's ludicrous reaction to the atrocity, France is sidestepping Obama on the Islamic State. And it's not just France," Tom Rogan wrote for the National Review.

Despite repeated calls for more foreign troops on the ground in Syria, many experts say that the fighting force capable of standing up against ISIL is already there. Indeed, Damascus-led forces were able to mount an offensive in key provinces as soon as they received aerial assistance from Russia and are gradually taking areas previously seized by militants under control.

In addition, the European Union seems to be warming up to Russia. The EU Commission wants to promote cooperation with the Russia-led Eurasian Economic Union. In addition, the EU Parliament invited two senior Russian MPs, Aleksey Pushkov and Konstantin Kosachev, as well as a Kremlin advisor, Mikhail Fedotov, to a hearing.

Stranger Than Fiction: The Onion Foresaw Rise of ISIL More Than Decade Ago

US Wants to Expand Legitimate Targets in Syria, But Could it Backfire?