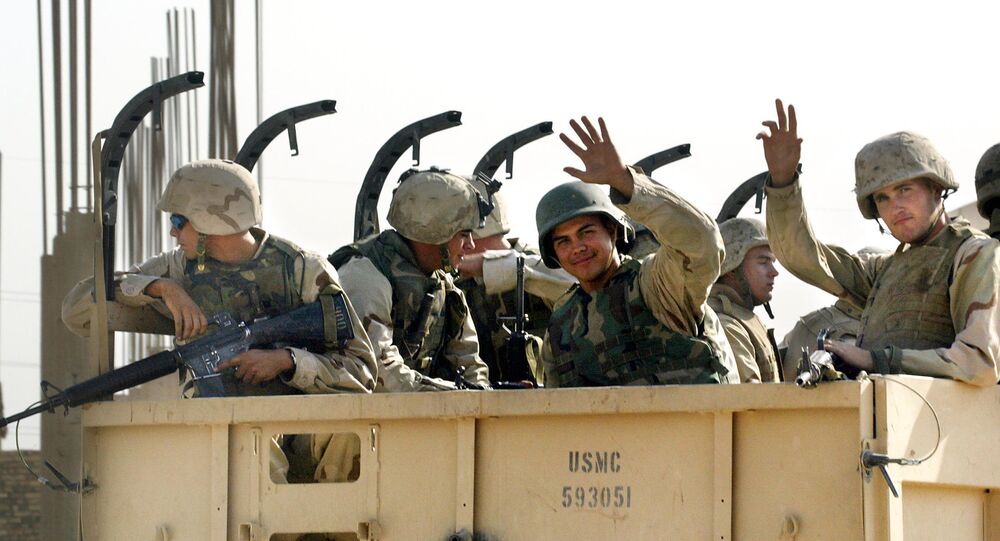 It seems that America's steadfast defenders are willing to sacrifice their country's best ideals in order to bolster their own safety, US writer Lucy Steigerwald notes, while commenting on the recent terrorist attack in Paris.

The US policy of wrecking countries cannot be condoned, especially because it usually leads to dire consequences, American writer and photographer Lucy Steigerwald underscores.

Commenting on the Friday 13 attack in Paris, Steigerwald notes that the event has had a profound effect on the Western public.

"The refugee crisis was already full blown by the time a small band of terrorists used suicide vests and AK-47s to kill more than 120 people who were happily enjoying a night out in Paris. But Paris is big, because for all sorts of reasons connected to the media, to myopia and perhaps to racism, the West cares a lot more about the dead Westerners than it does about the victims of its wars, or the civil wars caused by its interventions," Steigerwald stresses in her recent article for Antiwar.com.

US Air Force / Senior Airman Matthew Bruch
Is West's Anti-ISIL Campaign Still Really Aimed Against Bashar Assad?
What makes matters even worse is that the recent terrorist attack is now viewed by many as a pretext for a "tough" response from the West.

"I know what it means for the world and for the US when terrorists succeed in killing more than one or two Westerners. It means panic. It means fear mongering," the US writer noted, referring to the aftermath of the 9/11 tragedy.

"It means a sense of satisfaction among the hawks and the Snowden-haters and those who knew all along that we weren't safe, that nobody was safe. It means encryption is evil and must be stopped for safety, and that more bombs are coming, and more terrorists will be born out of this new 'merciless' fight," she stressed.

In other words, it means a vicious circle of violence abroad and a crackdown on civil liberties in the US with no end in sight.

© AP Photo / albaraka_news, File
Why is Washington Turning Blind Eye to ISIL's Gulf Funding Sources?
The American writer reminded that after the 9/11 terror attack Washington adopted the Patriot Act, while US military forces were sent to Iraq. Eventually, the US invasion of Iraq led to the emergence of ISIL. The infamous Islamic State could have been behind the hideous Paris attack. And here we go again.

So, what's next for America?

Although Republican candidate Donald Trump is by no means a pusher of the war, "he does not seem to be the antiwar candidate [Americans have] waited for," Steigerwald believes. On the other hand, Jeb Bush and Hillary Clinton have always been considered the proponents of a "tough" military response.

Dopey @GeorgeWill, a big proponent of the Iraq War and other catastrophes, doesn’t like me very much. That means I win!

However, the most extravagant and unusual solution has been voiced by Senator Ted Cruz.

"[Radical Islam] will not be deterred by targeted airstrikes with zero tolerance for civilian casualties, when the terrorists have such utter disregard for innocent life," Cruz said, as quoted by Steigerwald.

Does he believe the US should be as ruthless as the notorious Islamic State?

"Lip service to the mistakes of the past decade is not going to change anything. You have to learn something. And based on the paranoia and war drums in response to Paris, that's the one thing America and the West hasn't done," the US writer emphasized.