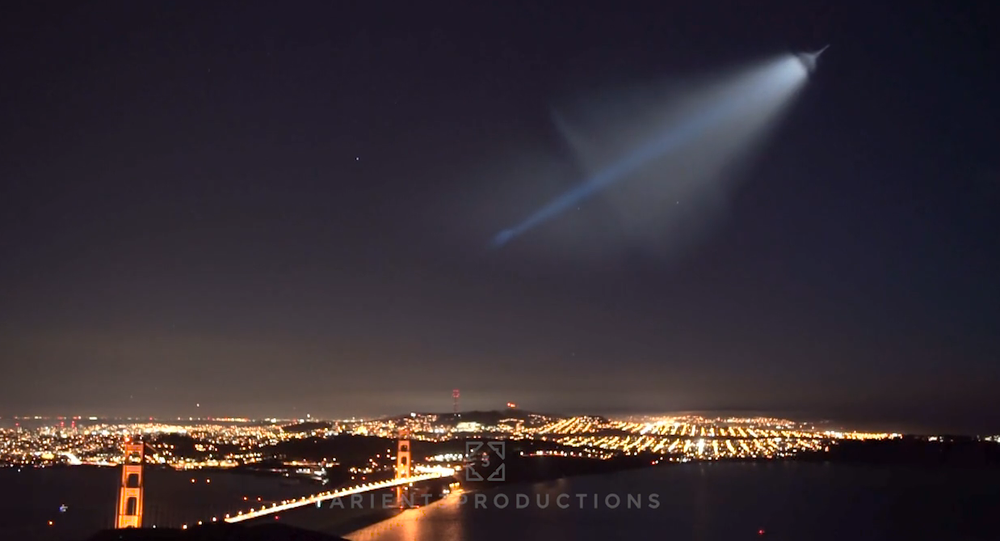 It was not a coincidence that the US Navy test fired an unarmed Trident II D5 missile off the Californian coast on the same day US Defense Secretary Ashton Carter delivered a keynote address at the Reagan National Defense Forum outlining Russia and China as potential threats, Japan Business Press reported.

Carter "was surely aware of the test and was likely watching it. … Why was the Trident launched when the defense secretary was in southern California? The answer is in Carter's speech," the media outlet noted.

In his address, Carter called Russia "one source of today's turbulence." The US defense chief also claimed that Moscow and Beijing "present challenges" to the international order. In addition, he pledged that the US would "take a strong and balanced approach to deter" what he referred to as "Russia's aggression."

© Flickr / US Air Force
Skynet, is That You? Pentagon Pairs Machines and Soldiers to Counter Russia
High-ranking military officials in the US referred to Russia as a threat on numerous occasions. Moscow, as well as many foreign officials and experts have repeatedly stated that Russia poses no threat to any nation.

Tests like the one which took place in early November are fairly common. This particular test, however, should be seen as a move aimed at countering Moscow and Beijing, the media outlet noted. The reason is it made waves.

The missile was launched from an Ohio-class nuclear submarine at dawn. Residents of California, Nevada and Arizona were shocked at the sight of a strange glowing object in the evening sky. Some mistook it for a huge explosion; others thought they were looking at a UFO.

The US Navy "launched the missile in the night so that people would actually see it. Surely, the news reached Russia and China," JBP asserted.

Contrary to Pentagon's Claims, 'Russia, China and Iran Threaten No One'

Carter Needs to 'Change Spectacles' to Get Clear View of Russia