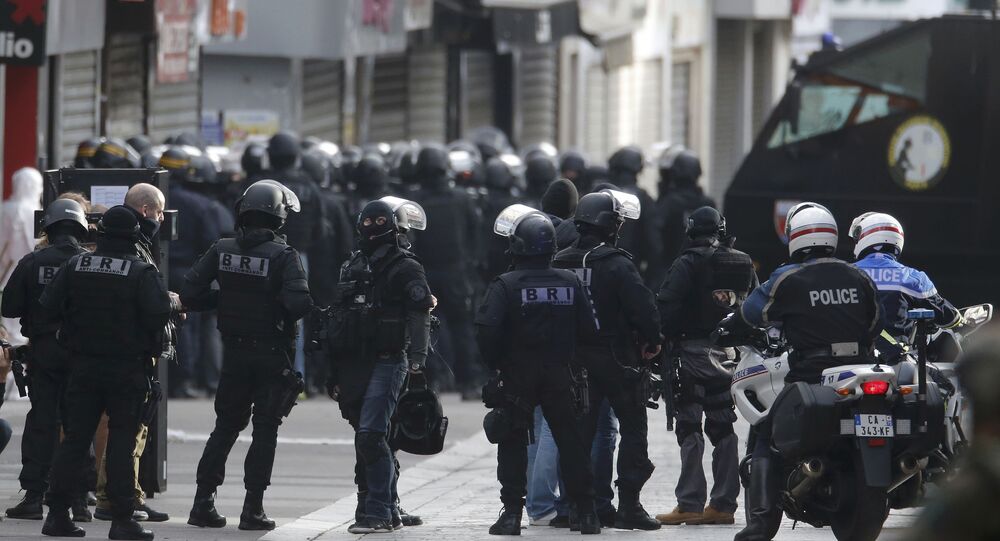 Russian Foreign Ministry spokeswoman Maria Zakharova may comment on the Russian operation in Syria, as well as a bomb explosion aboard the Kogalymavia A321 passenger plane that had crashed over Egypt's Sinai Peninsula during a weekly press briefing.

Moscow hopes to constructively work with Paris and other United Nations Security Council members on a UNSC resolution on the anti-terror fight.

"Taking into account international developments, the Russian delegation submitted an updated draft to the [UN] Security Council yesterday. We hope for productive cooperation both with France and with other members of the UN Security Council on completing and adopting this resolution."

© Sputnik / Valeriy Melnikov
UN Security Council Must Find Legal Base for Int'l Coalition Against ISIL
Moscow has called on its Western partners to demonstrate concrete actions and steps in their political will and solidarity in the fight against terrorism.

"The address of the Foreign Ministry is in principle a call to confirm and demonstrate the political will, unity and solidarity of the international community in the fight against the common terrorist threat by confirming this with concrete steps and actions."

Moscow hopes that no one would deliberately delay the adoption of the UNSC anti-terrorism resolution proposed by Russia, Zakharova said.

"The resolution project has been introduced. Our drafts are now with our colleagues in the Security Council, we are examining their proposals and they are making theirs. Concerning the terms, of course, having entered the resolution on September 30, we would like it to come into force soon."

Russia was one of the first countries that offered assistance to the US after 9/11, the spokeswoman said.

Zakharova said that NATO's boosted activity near Russia's borders did not save Europeans from terror attacks.

"Unfortunately, despite announced security guarantees, despite NATO's boosted activity in Europe over the past year, we can see that ordinary people are not protected, not at all," Zakharova said at the news briefing in Moscow.

Moscow has confirmed that a Russian citizen had died during deadly Paris attacks on November 13.

Moscow has no information concerning perpetrators of the terrorist attack aboard the A321 plane.

"Certainly, we have no information about concrete perpetrators, that is why we called on our Western partners to provide us with information, data if they have it and to cooperate in perusing and punishing the criminals."

"I can only say that these people are yet to be found, but undoubtedly they are somehow connected with terrorism," Zakharova added.