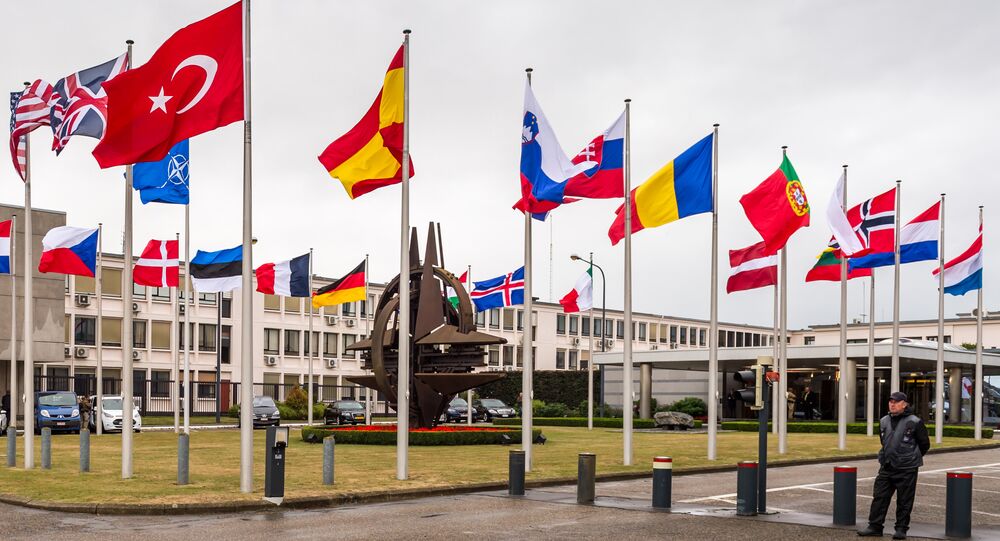 The US and France have qualified the recent Paris attack as an "act of war" and called for massive retaliation, citing NATO's Article 5; however, Western policymakers remain silent about who facilitated the emergence of ISIL, US author Stephen Lendman notes.

In the wake of the Paris attack a chorus of American politicians is calling to invoke NATO's Article 5 in order to bring together all 28 nations of the Alliance, US author Stephen Lendman remarks, posing the question of what the possible consequences of such a massive military buildup might be.

"Article 5 considers an armed attack (real or otherwise) against one or more members, an attack against all. Collective self-defense is called for — perhaps in the wake of the Paris incident — all-out war on humanity, risking global escalation if confrontation is provoked with Russia or China," Lendman noted in his recent article for Global Research.

American politicians as well as French President Hollande claimed that it was the infamous Islamic State who orchestrated the hideous massacre in Paris on Friday 13. Furthermore, none of them have admitted that the Western political establishment played a certain role in the emergence of the Islamic State.

"If that's what the French want, then, our longest and strongest and most loyal ally over our entire history, we should certainly consider it," Bush said as quoted by the US author.

The American politician called the recent Paris attack nothing less than "a threat to Western civilization."

© REUTERS / Christian Hartmann
In Bush's Footsteps: Paris Adopts Anti-Terror Measures Similar to US Patriot Act
Republican presidential candidate Marco Rubio insisted that the Paris assault is "an act of war and an attack on one of our NATO allies, and we should invoke Article 5 of the NATO agreement, and bring everyone together to assemble a coalition to confront this challenge."

In his turn, NATO Secretary-General Jens Stoltenberg said the Alliance is ready to step in.

Remarkably, while slamming and lambasting ISIL, US and NATO officials remained mute about the fact that hordes of Islamic extremists operating in the Middle East are actually the US political establishment's creation, used as proxy foot soldiers, Lendman noted.

It goes without saying that the threat posed by ISIL and international terrorism is significant. However, the question arises, what lies at the root of the Middle Eastern insurgency and who benefits from the mess in the region.