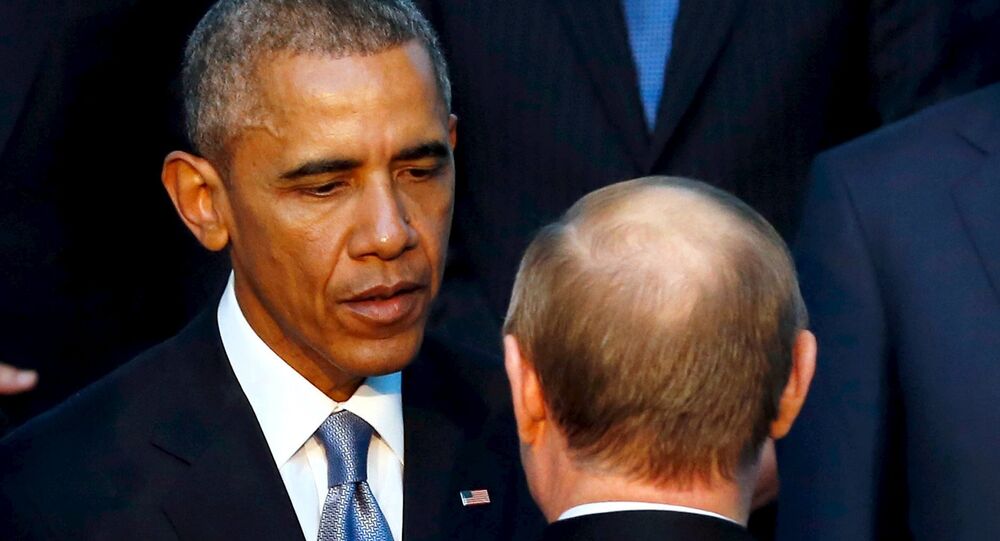 The meeting between Vladimir Putin and Barack Obama on the sidelines of the G20 summit is a serious breakthrough in relations between the two countries.

MOSCOW (Sputnik) – The meeting between Russian President Vladimir Putin and his US counterpart Barack Obama on the sidelines of the G20 summit is a serious breakthrough in relations between the two countries, the Russian G20 sherpa said Wednesday.

"At their first meeting, I was there, and it seemed to me that this discussion was a very constructive talk of two people, whose aim is cooperation. The facial expression was very active, positive, there was active collaboration. There were specific questions and active answers, and there was a serious breakthrough both in our relations, and I hope, in approaches of our countries to the fight against terrorism," Svetlana Lukash said at a briefing summing up results of the November 15-16 G20 summit in Turkey's Antalya.

Obama-Putin discussion centered around their efforts to resolve the conflict in Syria in the light of November 13 attacks in Paris.