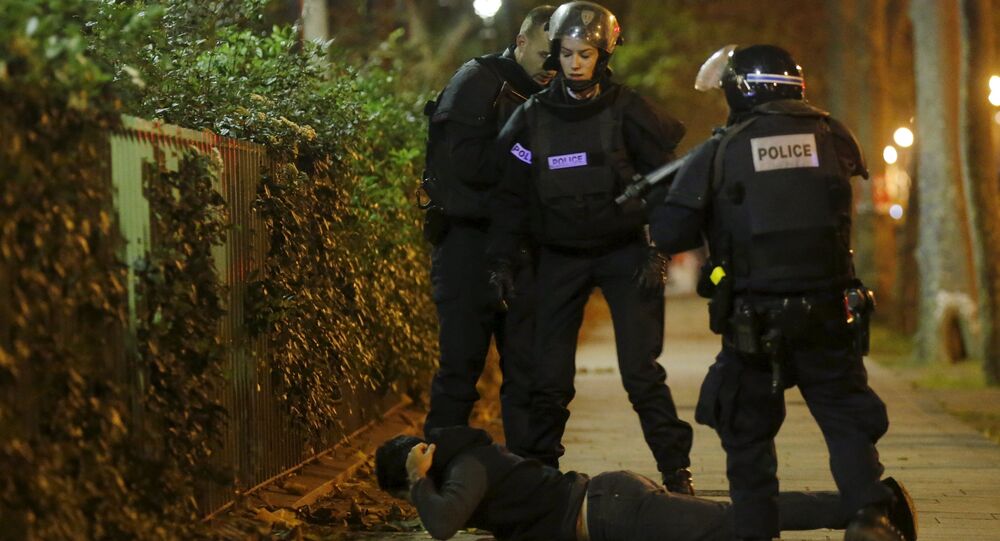 In response to the Paris attacks the French government has adopted authoritarian measures strikingly similar to those implemented by George W. Bush in the wake of the 9/11 tragedy, French journalist and political analyst Gilbert Mercier remarks.

The November 13 attack in Paris has shocked the world and prompted the French government to enact tough measures to ensure security; however, the authoritarian actions are unlikely to solve the country's longstanding socio-economic problems, apparently lying at the root of the latest hideous assault, French journalist, author and geopolitical analyst Gilbert Mercier underscores.

"The French government's reaction was both panicked and swift, and it immediately embraced repressive authoritarian measures similar to those that had been set up by the Bush administration in the aftermath of 9/11/2001. Just like 9/11 in the United States, it seems that the way France's bloody Friday will be exploited matters more than the tragedy itself," Mercier wrote in his recent article for News Junkie Post.

© Sputnik / Dmitriy Vinogradov
ISIL 'Frankenstein' Created by West and Its Gulf State Allies – French Political Analyst
"There is no better justification to crack down on civil liberty, freedom and other principles that define the essence of democracy than the good old permanent global war on terror," the French author added with a trace of a bitter irony.

The journalist underscored that the Hollande administration has immediately issued a number of orders, including the declaration of a nationwide state of emergency and the introduction of tighter controls at French borders.

Parisians were given instructions to stay at home, while heavily armed police, SWAT teams and military occupied the streets.

Mercier called attention to the fact that a decree strikingly similar to the US Patriot Act was hastily adopted to authorize the search for potential culprits in all buildings and private residences.

The decree also allows the "preemptive arrests without probable cause, of any individual deemed by French authorities to be suspect or dangerous," the French author underscored, adding that the term "dangerous" is "vague and elastic" and could potentially apply to political dissidents.

"The unspoken and despicable message sent by the press was that the loss of French lives mattered quite a lot more than the loss of lives of people in the Middle East," he wrote.

© REUTERS / ECPAD-French Defence Ministry/Handout via Reuters
Paris Attacks: Potential Trigger for All-Out US-French Offensive in Syria?
Thus, one can imagine what kind of feeling this approach will provoke in a French youth of Arab origin who usually stands "at the very bottom of the French socioeconomic food chain."

"People with such grim social prospects are prime and easy targets to become jihadists for ISIS [ISIL]," Mercier pointed out.

Only a sense of real prospect for a better future could become a remedy for France's hidden social malaise, the French author believes.

In contrast, the road of repression chosen by France's political and financial establishment leads nowhere.

"For the sake of the European Union's survival, France, and Europe in general, should drastically rethink its failed policies. The Paris attacks should be regarded as the symptoms of a systemic failure," he stressed.

On the other hand, in light of NATO's perpetual wars which have dragged the Middle East and North Africa into the vicious circle of a bloodbath, Paris victims "can be viewed as yet more civilian collateral damage in a world where the net result of absurd Western policies is always the spread of misery and death," Mercier concluded.

Ticking Clock: European Civilization on the Brink of Extinction?