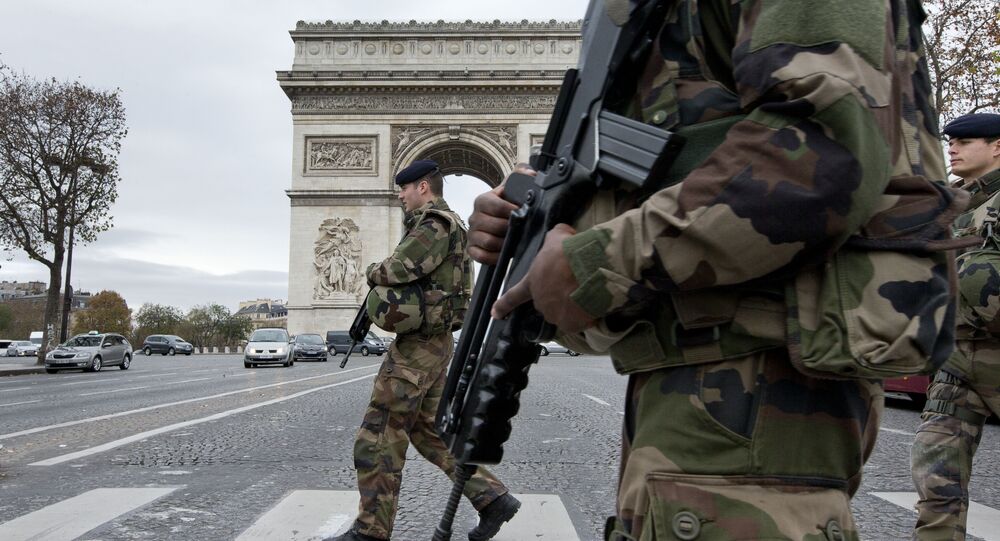 Commenting on the recent Paris attacks issue, Czech-based freelance journalist and analyst Martin Berger calls attention to the fact that the preceding wave of migration was by no means an unprovoked and uncontrolled affair; undoubtedly, there are certain financial and political circles behind the refugee crisis, he believes.

"A series of investigations that were being carried out in this field would have uncovered certain Western politicians behind this trafficking, so the Paris attacks were necessary to create a handful of problems for private investigators, while strengthening the position of far-right political forces in Europe, especially in a situation when these attacks were carried out by incredibly young terrorists, as it has been reported by the French press," Berger writes in his article for New Eastern Outlook.

© AFP 2020 / ALAIN JOCARD
French Media Dispels Faux News Following Paris Attacks
The story of the Paris attack also leaves more questions than answers: according to the journalist there are a number of "shadow aspects" surrounding the massacre.

He asks how the French police could possibly "miss" terrorists armed with Kalashnikov rifles especially during the visit of German Foreign Minister Frank-Walter Steinmeier to France. Berger notes that the whole affair looks strange given that the "French security services… [are] provided with unlimited capabilities to spy on any resident in the country."

On the other hand, the US and French governments' response to the tragedy was remarkably bellicose, prompting some experts to allege that Washington and Paris are preparing for a new significant offensive in Syria and Iraq against the Islamic State.

© REUTERS / Ari Jalal
Legal Questions Loom Large Amid Talk of Increased ISIL Intervention
Remarkably, France is currently beefing up its military presence in the Middle Eastern war zone. In addition to its Rafale and Mirage fighter jets deployed in the region, Paris is sending the nuclear-powered aircraft carrier Charles de Gaulle in order to expand its military effort aimed against the Islamic State.

Citing the latest Stratfor analysis, Berger suggests that the US wants to stay out of direct military involvement in Syria and is urging Paris to deploy French boots on the ground. Washington, in its turn, would assist France with transport aircraft, the journalist notes.

"France has numerous options for retaliation at its disposal… The skies over Syria, however, are already congested with coalition and Russian aircraft. With this in mind, the French may choose to retaliate by focusing instead on the Islamic State in Iraq, or perhaps even other Islamic State provinces in places such as Libya," Stratfor's report reads.

"Another option would be to increase French programs to train and support anti-Islamic State forces in Iraq and Syria, or even to conduct commando strikes against key leadership nodes. France also has the option of deploying an expeditionary force like it did in the Sahel, although that would probably require outside airlift capacity from NATO allies, especially the United States," the report elaborates.

Stratfor analysts insist that although the Islamic State claimed that it was behind the Paris attacks, the tragedy demands further investigation.

Berger also believes that it is possible that in the next weeks some new "shadow aspects" could emerge, shedding light on what had really happened on Friday 13 in Paris.

"It may be that we are witnessing a repeat of 'Operation Gladio,' in which hundreds of innocent Italians perished in CIA-planned terrorist attacks that were aimed at ensuring the success of Western oligarchies," Berger alleges.

What You Talkin' Bout Obama? President Plays Down Russian Success in Syria

Terrorist Involved in Paris Attacks Was Previously Charged by Interpol