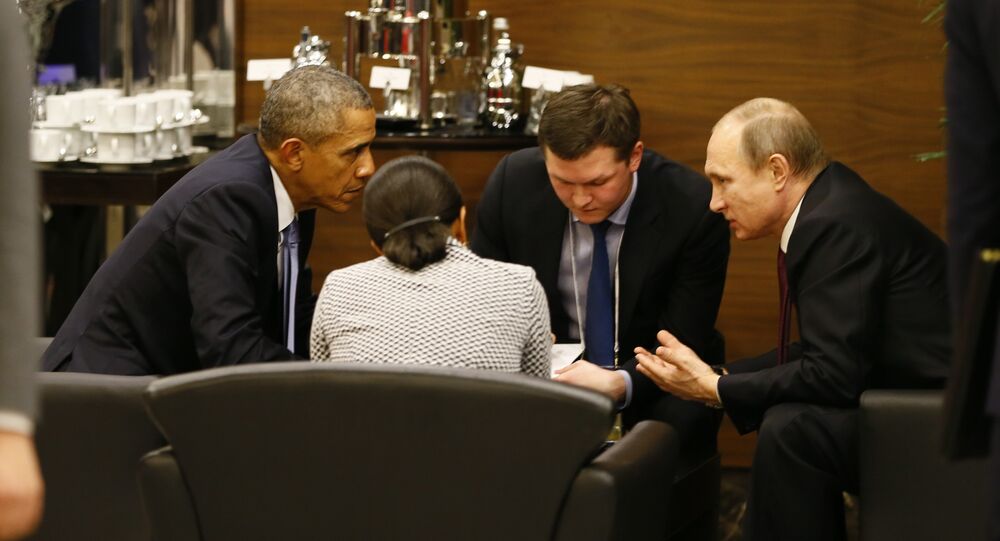 Unrealistic to See 20-Minute Meeting Between Obama, Putin as Breakthrough

Kremlin spokesman Dmitry Peskov said that a 20-minute meeting between Russian President Vladimir Putin and US President Barack Obama had a constructive character.

© AFP 2019 / RUSSIAN PRESIDENTIAL PRESS OFFICE
US, Russia Share Anti-Terror Goals, Differ on Tactics – Putin’s Aide
MOSCOW (Sputnik) – It would be unrealistic to expect that Russian President Vladimir Putin and US President Barack Obama would overcome a breaking point during a 20-minute meeting as differences in opinion remain, but both leaders realize the need for dialogue, Kremlin spokesman Dmitry Peskov said Monday.

“You know, this is probably absolutely unrealistic to expect that a 20-minute meeting could bring along a breaking point in bilateral relations. Bilateral relations are just what they are. Differences are just what they are. And at the same time, let’s say, that the understanding of no other alternative to bilateral dialogue even for the sake of discussing current issues is just what it is,” Peskov told journalists.

“Therefore, it’s probably a mistake to think, and it’s impossible, that in 20 minutes of bilateral relations would change, but the discussion itself actually carried a constructive character,” Peskov added.