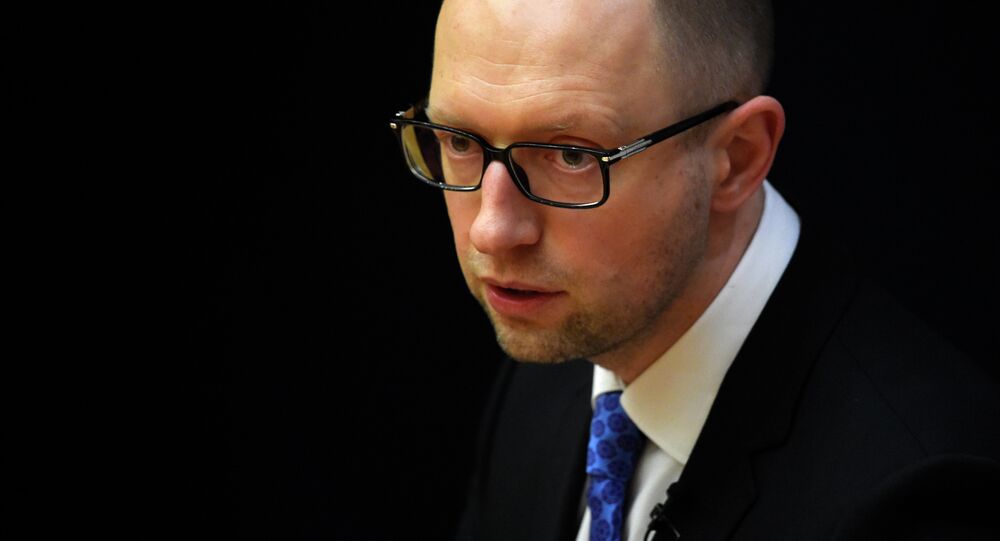 Kiev will impose a moratorium on the repayment of a $3-billion sovereign loan from Russia if the country refuses to restructure it.

KIEV (Sputnik) – Kiev will impose a moratorium on the repayment of a $3-billion sovereign loan from Russia if Moscow refuses to restructure it, Ukrainian Prime Minister Arseniy Yatsenyuk said Friday.

Russia issued a $15-billion loan to Ukraine in December, 2013, having bought $3 billion-worth of Ukraine's Eurobonds. The rest of the loan was cancelled following a regime change that took place in Ukraine in February, 2014.

“Unfortunately, we offered to hold negotiations on October 29, but Russia refused to hold talks, now it depends on whether Russia wants to hold talks or not. If Russia doesn’t agree, then the Cabinet of Ministers will impose a moratorium on paying the $3-billion Russian loan,” Yatsenyuk said.

Russia has repeatedly called on Kiev to repay the loan, claiming it would have to default if fails to do so.

In October, Yatsenyuk said Kiev was demanding Moscow approve the write-down and restructuring of Ukraine’s foreign debt before taking Russia to court. Moscow said it had no plans of discussing, or restructuring the debt.

Ukraine’s overall state debt amounts to $70 billion, of which about $40 billion is owed to international money lenders.

In May 2015, the Ukrainian parliament adopted a bill allowing Kiev to impose a moratorium on repayment of the country's foreign debt. The law will be in force until July 1, 2016. A failure to repay its creditors would lead Ukraine to default.

Ukraine Accepts Possibility of Default if Debt to Russia Not Repaid