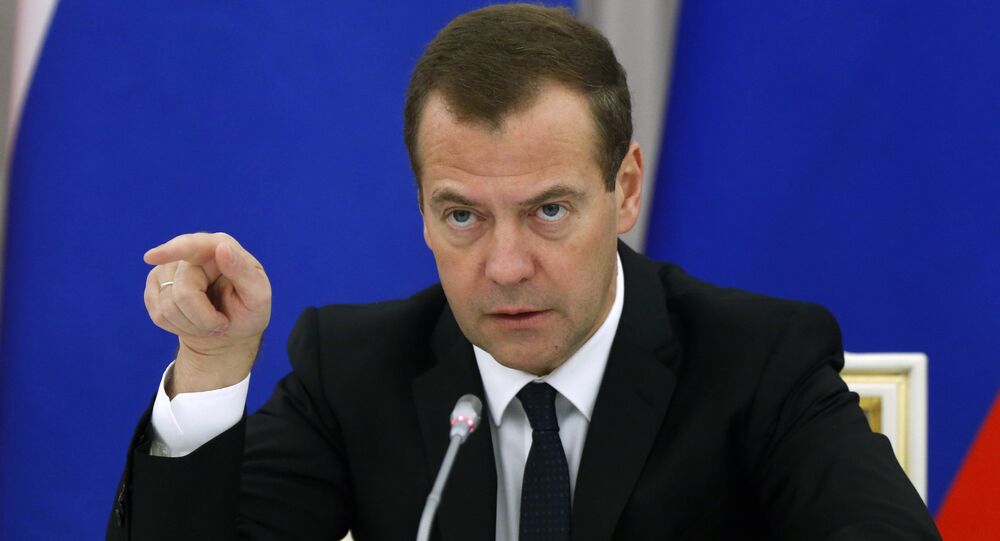 Russia’s relations with several western countries are much to be desired, however the new “Cold War” is impossible, Russian Prime Minister Dmitry Medvedev said on Wednesday.

MOSCOW (Sputnik) — He also said that our planet got through two world wars and this tragedy should not be repeated in future.

“If to speak about the relations of our country with a range of western states, then they are really far from being ideal… some people even say about the second ‘Cold War’… I think that this scenario is impossible in the 21 century,” Medvedev told Rossiyskaya Gazeta newspaper in an interview.

Russia’s relations with the West deteriorated over the escalation of the Ukrainian crisis in 2014.

The European Union, the United States and their allies imposed a series of restrictive measures against Russia, accusing it of interfering in the conflict between government and militia in southeastern Ukraine. Moscow has repeatedly denied the accusations.

Buchanan: America Lacks 'Cause to Live for, Fight for' in Post-Cold War Era

Sloppiness, Not Moles, Led to KGB's Exposure of CIA Agents During Cold War

Russia 'Does Not Have Time for Cold Wars', Other Issues Should Be Solved

Arctic Island Families Split During Cold War May Reunite in 2016