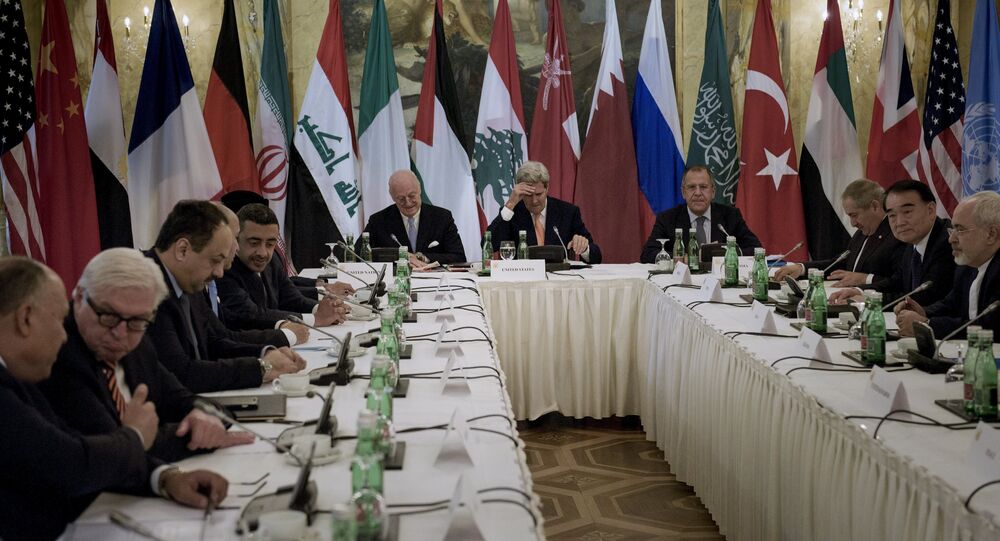 "The second expanded meeting of foreign ministers on Syria will be held on November 14 in Vienna. China will participate in this meeting in order to provide for a political solution to the Syrian crisis," Lei said during a briefing.

Syria has been in a state of civil war since 2011, with troops loyal to President Bashar Assad fighting on multiple fronts against opposition factions and extremist groups, including the Islamic State (IS).

According to the 9-point Vienna plan to end the Syrian civil war, Damascus and opposition factions will meet under UN auspices to discuss "credible, inclusive, non-sectarian governance," as well as fair elections and a new constitution. The document also states that the political process in Syria will be led by the people of the country, and they alone must decide its future.

US Media Wonders Why China 'So Ambiguous About Syria'