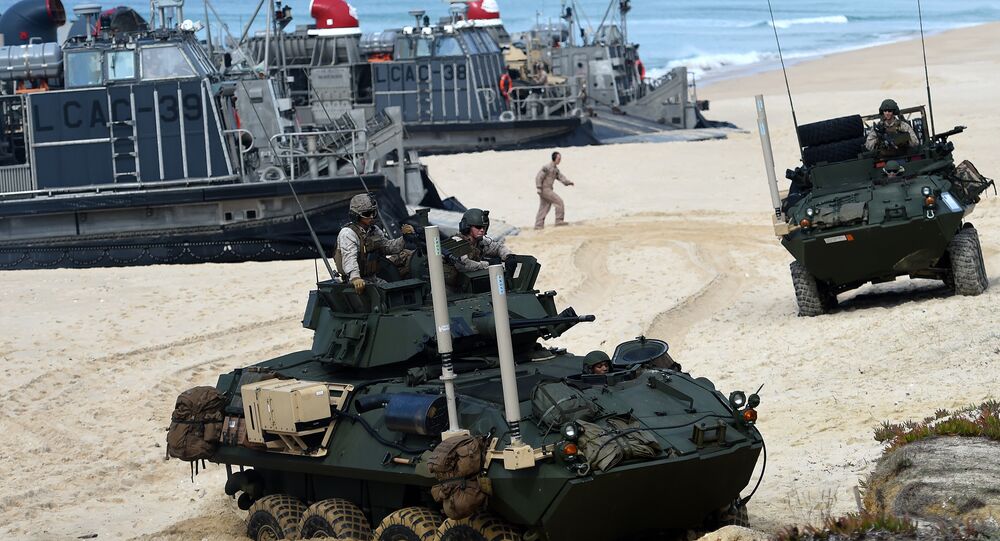 The North Atlantic Alliance wants to boost its presence in the Mediterranean, the Middle East and north Africa in response to security challenges in the region, which include the growing terrorist threat along the bloc's southern border and Russia's impressive show of force aimed at radical groups in Syria (not a NATO member or any other country).

© AFP 2021
NATO is ‘Inquisition of Our Era’ – Montenegrin Anti-War Leader
The strategy, much like NATO's approach to Eastern Europe and the Baltics, is expected to involve a familiar set of measures. The alliance plans to deploy advisors to conflict-ridden countries in the region, increase surveillance and reconnaissance activities, conduct more large-scale war-games and reinforce permanent deployments.

As part of the new commitment, the alliance plans to send surveillance drones to the Sigonella Base, Sicily to "increase situational awareness," as NATO's Secretary General Jens Stoltenberg put it during a press conference in Spain.

Stoltenberg visited the Spanish city of Zaragoza to observe Trident Juncture 2015, the bloc's largest military drills in over a decade. Some 36,000 troops from NATO member state and allied nations are taking part in the massive month-long exercise.

Specific proposals with regard to NATO's southern strategy are expected to be outlined at a ministerial meeting next month, Jones wrote for the Financial Times.

#TJ15 Photo of the day: no walls are high enough to stop #NATO troops! pic.twitter.com/FXrb8hQZzu

NATO has long used a non-existent threat from Russia to present its military buildup in Eastern Europe and the Baltics as a defensive activity. The alliance seems to employ the same tactics to boost its military presence along its southern flanks.

Protesters Will ‘Welcome’ Stoltenberg in Spain With Anti-NATO Rallies