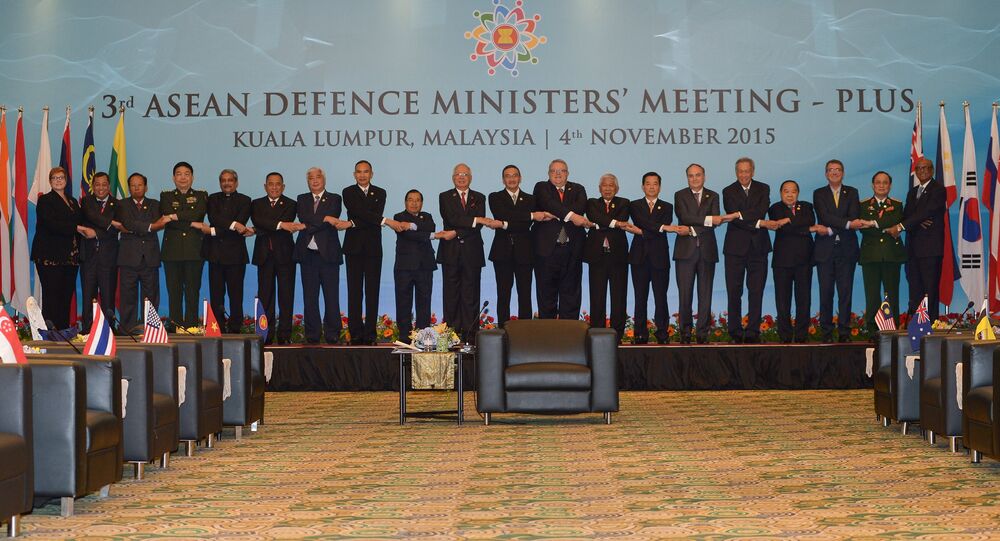 The Chinese defense ministry on Wednesday blamed "certain countries" outside of Southeast Asia for the cancellation of a ceremony commemorating the signing of a joint declaration, following a meeting of regional defense ministers.

Earlier in the day, a number of Western media reported, citing a US delegation member, that the ceremony was delayed over US-Chinese South China Sea territory issues.

According to a defense ministry statement posted to its Weibo social network account, China had previously agreed with other states on the declaration's wording. Malaysia reportedly wanted the document to include a reference to China’s territorial claims in the region.

© REUTERS / Carlos Barria
China Sets 'Bottom Line' for South China Sea, But Pentagon Sees It as Negotiable
China has been constructing artificial bases on top of Spratly Islands coral reef habitats over the past year. The archipelago encompasses over 750 islands and reefs. Beijing claims sovereignty over all of the Spratlys and a 12-nautical-mile zone surrounding the islands.

The United States has repeatedly warned it does not recognize Chinese claims of sovereignty over the islands, and raised concerns over Beijing’s activities in the region.

The situation became heated when China strongly criticized the United States after US naval destroyer USS Lassen sailed inside the 12-mile limit of the Spratly archipelago. Washington responded that the maneuver was not in violation of international law.