By pouring torrents of migrants into the EU, the Western political and financial elites instigate further chaos in Europe in order to justify new overseas interventions, Tony Cartalucci underscores, warning that neo-Nazi movements have caught a second wind in Europe.

The Western political establishment is dragging Europe into a vicious cycle of interventionism and a permanent refugee crisis, Bangkok-based geopolitical researcher and writer Tony Cartalucci stresses.

"Intentionally bringing in a torrent of migrants — intentionally ensuring there is no way to properly process, feed, and shelter them — solely for the purpose of creating as much chaos as possible to justify even further war abroad can only lead to catastrophe," Cartalucci writes in his latest article for New Eastern Outlook. 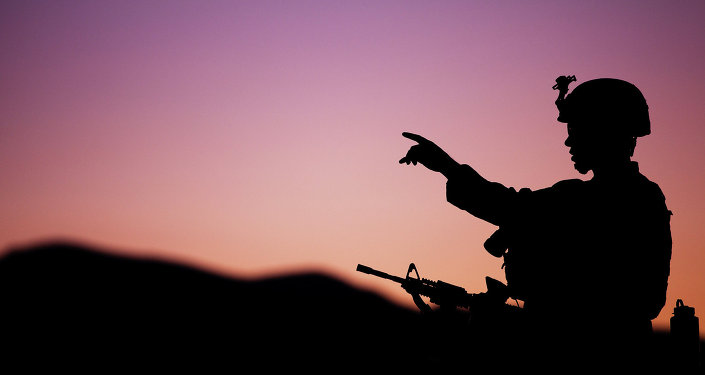 © Flickr / DVIDSHUB
Boots on the Ground: What Are Real Objectives of US Special Ops in Syria?
The latest influx of refugees in Europe is the product of a socio-engineering experiment, the researcher pointed out.  He referred to the fact that the US, EU, and Ankara have invested billions in the construction of refugee camps in Turkey.

"Reports indicate that torrents of refugees have been intentionally organized and sent onward to Europe," Cartalucci underscored.

The scheme is designed to provoke fear, hatred and hysteria among the European population. The public discontent and frustration would be then used to justify greater state control in Europe and new Western military campaigns aimed at "resolving" the Middle Eastern crisis, he elaborated.

"To expand upon those emotions, many European governments — many of whom have directly contributed to the wars that have driven many of these migrants from their homes to begin with — have instituted intentionally permissive immigration policies designed not only to provoke fear and uncertainty among insecure, xenophobic European populations, but to encourage migrants to continue streaming in, even those not affected directly by Western wars, invasion, occupation, and proxy terrorism," Cartalucci explained.

© Flickr / gregwest98
Syrian Ground Campaign: Pentagon Pushing Americans Toward Another Vietnam
At the same time, the ongoing refugee crisis is playing right into the hands of European neo-Nazi groups. Interestingly enough, the ultra-right radical movements are being sponsored by "the very same corporate-financier and political" elites who advocate beefing up NATO's presence in the Middle East and Central Asia.

Remarkably, both Brussels and Washington turn a blind eye to the fact that many asylum seekers are not even Syrians.

Meanwhile, the Pentagon high-ranking officials are pushing ahead with the plan of splitting Syria up. US hawks seek to balkanize Syria by establishing so-called "buffer zones," the researcher noted.

Cartalucci stressed that the plan is unlikely to halt the migrant flow and added that those asylum seekers who have already reached the European shores will never return to their homelands.

Still there is light at the end of the tunnel, the researcher deems. In order to mend the refugee crisis, Europe should withdraw from NATO and cease support of Washington's ambitions in Syria, Afghanistan, Iraq, Libya, and beyond, ending the wars and ensuring peace and stability in the Middle East and North Africa. Furthermore, Europe could also demand that the US Middle Eastern allies immediately cease all support to jihadi extremist groups.

"But the fact that Europe has joined America in sanctioning Russia for its resistance to a violent putsch carried out on its border in Ukraine, instead of sanctioning Saudi Arabia — the chief sponsor of al-Qaeda and ISIS [ISIL], indicates that Europe's current condition is terminal," the researcher added bitterly.

It would be in Syria's best interest to prevent the Libya-style balkanization of the state, Cartalucci stressed. If Syria preserves its sovereignty and integrity Syrian refugees will have a place to return to.

On the other hand, if NATO succeeds in creating "buffer zones" and numerous "corridors" crisscrossing the state, it will create even more destitute migrants. "One needs only to look at Libya and how people are still fleeing the mess NATO intervention created in 2011," he noted.