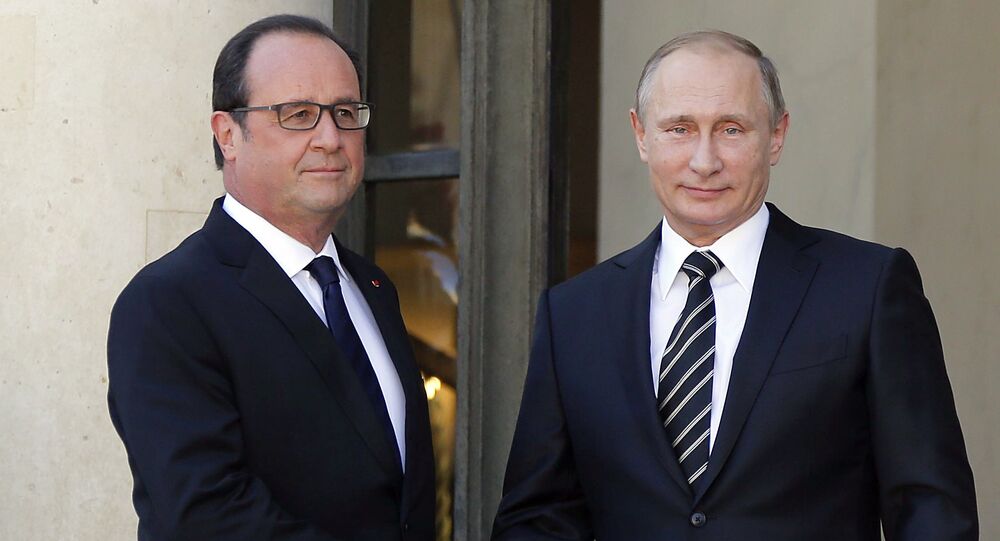 French President Francois Hollande has personally invited Russian President Vladimir Putin to attend the UN Climate Change Conference to be held in Paris between November 30 through December 11 of this year.

© Sputnik / Aleksey Nikolskyi
France Invites Putin for Climate Change Conference in November
PARIS (Sputnik) – “I personally invited Vladimir Putin. Though we may have differences in the approach to a number of scenarios, we must be united on the issue of climate because these issues affect all of humankind,” Hollande said on Europe 1 radio station.

On October 27, France's Minister of Ecology, Sustainable Development and Energy Segolene Royal, while in Moscow, said she had brought an invitation for the Russian president on behalf of his French counterpart.

The Paris conference will focus on global warming issue and ways to decrease greenhouse gas emissions. Its main goal is to sign a global deal on climate change that is due to replace the 1997 Kyoto Protocol.

The international treaty failed to introduce stricter regulations for developing countries, and was never ratified by the United States, one of the world’s leading greenhouse gas emitters.

French Ex-President Sarkozy Will Arrive in Russia to Meet Putin