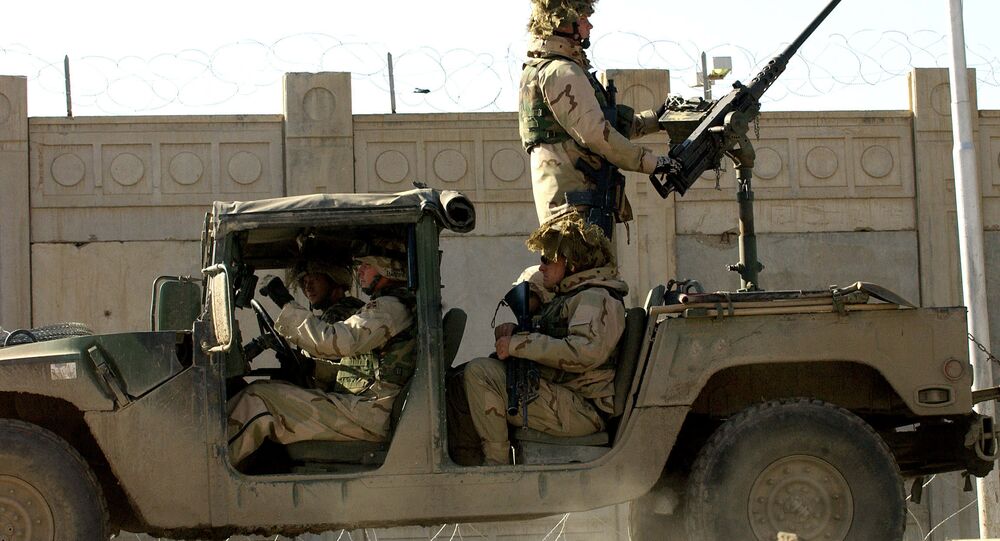 World-renowned philosopher and linguist Professor Noam Chomsky called the US invasion of Iraq "the worst crime of this century" in an interview with Abby Martin for teleSUR's The Empire Files.

"It's had horrible effects; it spawned sectarian conflicts that are tearing the region apart," the intellectual added. "The very idea of invading is criminal. Try to find someone who describes it as a crime. Obama is praised because he describes (the Iraq War) as a mistake. But does he describe it as a crime, does anyone?" he asked.

The 44th US president was elected on an anti-war platform; his stance also earned him a Nobel Peace Prize in 2009. Obama promised to limit America's military engagement in the Middle East. Nevertheless, US troops returned to Iraq to train and assist local forces in their fight against ISIL and several thousand American servicemen are expected to remain in Afghanistan in the foreseeable future.

© AP Photo / David Goldman
Exceptional Right to Kill: US Losing Moral Compass, Expanding Drone Strikes
Apart from this, "Obama is running a global terror program of a kind that has never been seen before," Chomsky added, referring to the drone program.

The Pentagon's UAVs might be extremely efficient in terms of preventing casualties of US forces but, according to recently leaked documents published by the Intercept, they are quite bad at eliminating correct targets. During a five-month-long campaign in Afghanistan, 90 percent of people killed in drone strikes were unintended targets. This is a 10-percent success rate.

Ordinary Americans are very limited in their ability to influence Washington's foreign or domestic policies.

"It basically does not matter what the public thinks. About 70 percent of the public with the lowest income are pretty much disenfranchised. Their attitudes have no detectable influence on the policies of their own representatives," the philosopher observed.

The United States, according to Chomsky, resembles a "plutocracy with democratic forms" where the elections "have almost become a joke." For instance, "the idea that we have the right to use force and violence at will is accepted pretty much across the spectrum," meaning that any elected official will likely share this view.