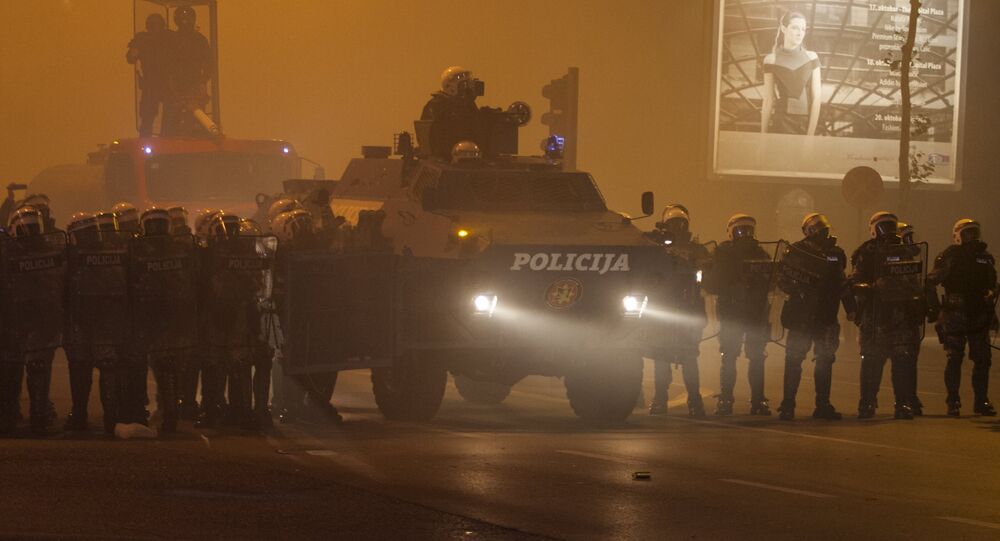 Authorities in the former Yugoslav republic of Montenegro continues to accuse Russia of stoking anti-government protests, the Montenegrin government said in a statement.

"The Russian Foreign Ministry’s statement expressing concern about the alleged excessive use of force against ‘peaceful demonstrators’…confirms the merits of Prime Minister Milo Dukanovic’s statements on the involvement of Russia in the protests against NATO," the Montenegrin government said late Tuesday.

A string of anti-government protests, organized by the Democratic Front opposition coalition, have shaken the small Balkan country over the past weeks. The latest gathering on Saturday saw police use tear gas on demonstrators calling for the prime minister’s resignation and demanding that Montenegro stay out of the US-led NATO military bloc.

Mainstream US, EU Media Don’t Know How to React to Protests in Montenegro