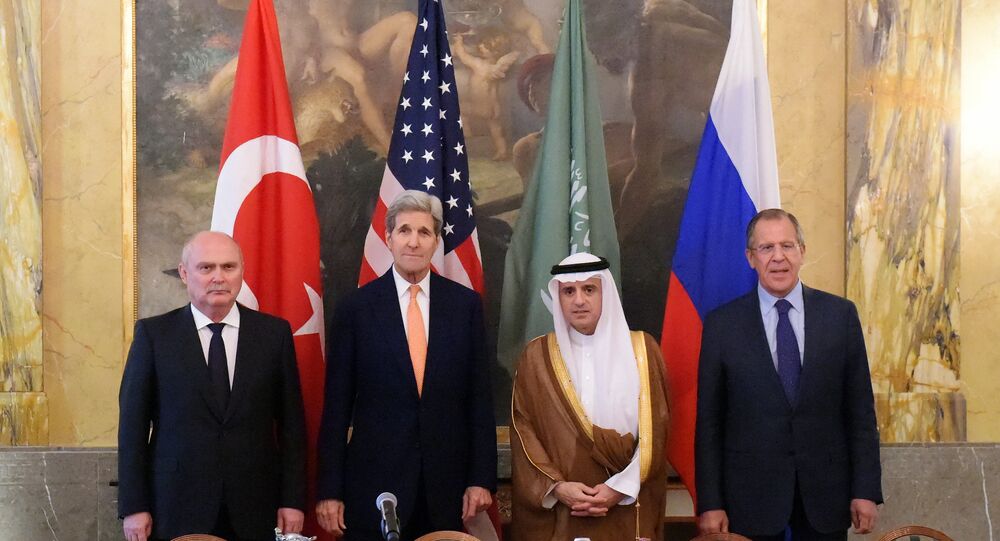 There is a relative rapprochement now between Russia and Western countries on the Syrian crisis as both parties understand that a political settlement is the only way out of the conflict, Egyptian politician Rouf Saad said.

Despite heated debate on the Syrian problem in the international community, Russia and the West have similar positions on Syria regarding political measures. Both parties are confident that political steps are essential to resolve the conflict in the country, Egyptian politician Rouf Saad said.

"At this stage, there is interaction between the different forces, parties. In fact, now, despite all the tensions and the difficult humanitarian situation in Syria, significant progress has been made. There is a relative convergence of the Russian and Western positions on Syria in the definition of the essence of the problem," Saad said.

© Sputnik / Dmitriy Vinogradov
Syrian Saga: Russian Airstrikes 'Spread Panic Among Terrorists', Demonstrate Army's Capabilities
According to the politician, both parties finally became aware of the real danger of terrorism and threats coming from various terrorist groups: not just the ISIL, but also other terrorist organizations.

Moreover, Russia and the West agreed that it is necessary to take into account the interests of all parties involved as well as the important role of the current Syrian president Bashar al-Assad in this process.

The expert expressed "cautious" hope that parties are slowly approaching a political solution for Syria.

"Positions and attitudes are changing, transforming. I believe that one can carefully say that [the parties] are approaching the resolution of the crisis in Syria, including the position of the Syrian leadership, its readiness for the political process and for what will follow after the crisis resolution."

US-Led Coalition Launches 15 Airstrikes in Iraq, None in Syria