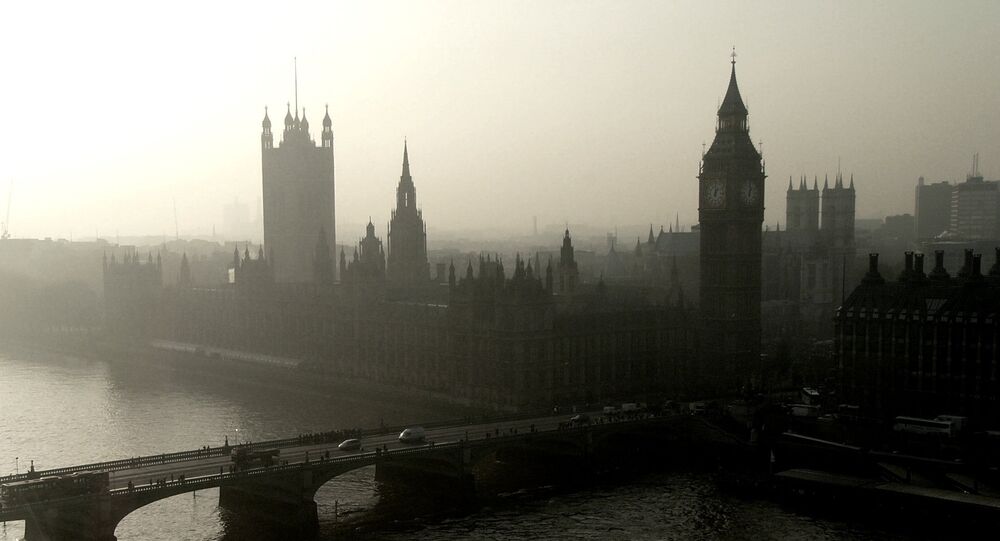 Disagreements on the Ukrainian crisis and the Syrain war prompted London to almost completely sever relations with Moscow, the Russian ambassador to the UK said.

MOSCOW (Sputnik) – The United Kingdom has initiated an almost complete suspension of political dialogue with Russia in light of Moscow’s stance on the Syrian civil war and the Ukrainian crisis, Russia's ambassador to the country said Monday.

"Practically all political contacts were abruptly broken off at Britain’s initiative, political dialogue has gone at the top level, between the leaders," Alexander Yakovenko said in an interview with The Times.

According to Yakovenko, stagnation in bilateral ties has also been felt at the ministerial level, while the only sphere of cooperation that was developing was culture.

"This began with the Syria conflict, but we felt it especially after the Ukrainian crisis," the ambassador told the newspaper.

© REUTERS / Khalil Ashawi
Now Britain Refuses to Share Syria ISIL Targets With Russia
The diplomat also noted that a senior official in the UK Foreign Office refused his request last week to share data on the location of some Islamic State militants in Syria.

A similar refusal was received following an appeal to exchange information with regard to establishing contact with the Free Syrian Army in the hope of making the fight against the terrorist group ISIL more effective.

He also pointed out that the number of employees of the Russian Embassy in London was forcibly reduced because the British authorities refused to issue visas to Russian diplomats.

Commenting on the state of communication with UK parliamentarians, Yakovenko said he was in regular contact with British lawmakers, expressing hope of meeting the new Labour Party leader Jeremy Corbin, whose recent victory in the leadership race has been described as a major breakthrough.

Russia is accused by Western countries of fueling the conflict in eastern Ukraine, which Moscow has denied.

In Syria, Russia has been conducting airstrikes against terrorists since September 30, following a request from President Bashar Assad, whom Russia, unlike the West, considers to be the legitimate authority in the country.