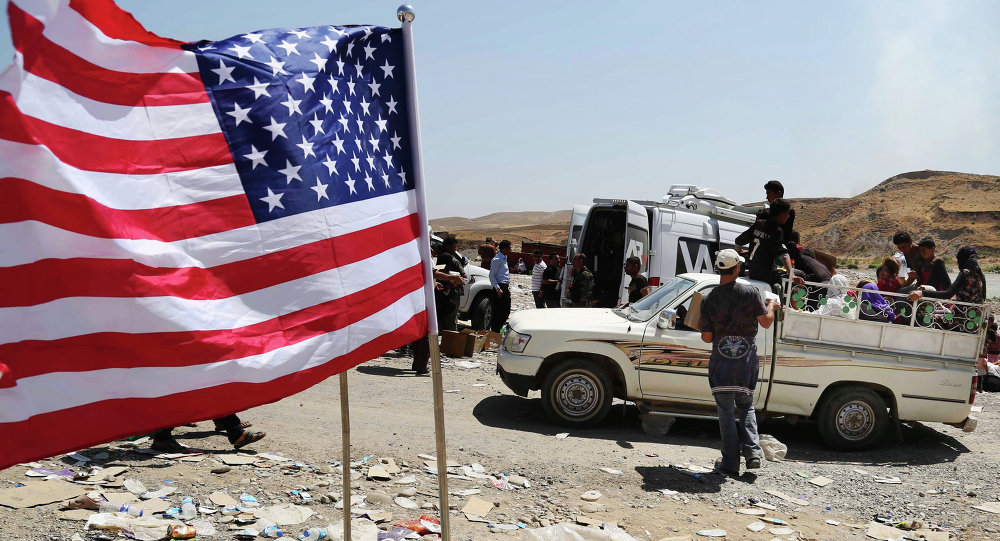 The fact that Washington has refused to help Russia in the fight against ISIL is evidence of US fears of losing the “ultimate superpower” standing it obtained after the collapse of the USSR, professor of Russian studies at Princeton University and New York University Stephen Cohen believes.

© Sputnik / Dmitriy Vinogradov
Stephen Cohen: 'There is no Alternative' to Putin's Strategy in Syria
On The John Batchelor Show, the scholar said that the current foreign policy of the United States is indicative of its unwillingness to recognize the multipolarity if the world today. What we are witnessing now, Cohen said, is Washington's failing but persistent effort to maintain its superpower status in the global arena, and this is the primary reason for its refusal to join France, Germany and Russia in a peaceful resolution of the Ukrainian crisis and to join Putin's coalition against ISIL.

"Putin proposed sending to the United States his Prime Minister Dmitry Medvedev, the former president, along with his Secretary of Defense…and the head of his National Security Council, to meet in Washington or somewhere privately to try to create a coalition against the Islamic State. Washington, the White House, refused the offer." Cohen said.

© Flickr / Alan Wilson
US and Russia Should Form Coordinated Coalition in Syria – Stephen Cohen
According to the scholar, Putin understood that the idea of a "moderate" Syrian opposition is a myth, and he doesn't want to wager Russia's national security on a myth, "even if Obama wants to do so." This is what led to a proposal to send his Prime Minister to meet with top figures in Washington. And by refusing Putin's proposal, the US only proved that it is becoming an obstacle to a modern peaceful multipolar world.

"Kissinger, I think, is right, the world is in disorder. He is also right…it's a different world." Cohen said, citing a recent article by Henry Kissinger analyzing the breakdown of order in the Middle East and Russian President Putin's rational policy in the region.

"The United States can no longer be number one alone, and therefore the obstacle to moving into the direction of a peaceful world order, the number one obstacle today, and I say this with regret, as an American patriot, is Washington," he declared.

Cohen explained that a multi-polar world is an emerging reality being driven by history, economics, politics, national traditions, and trans-national crises, and by opposing it America is becoming part of the problem, not the solution.

"The world is made up of a lot of different regional histories and traditions. The idea that they can all be governed or ordered from one capital is a kind of crazed arrogance, though Washington clings to it," he concluded.

Russia, US Trying to Unite Over Political Solution to Syria Crisis