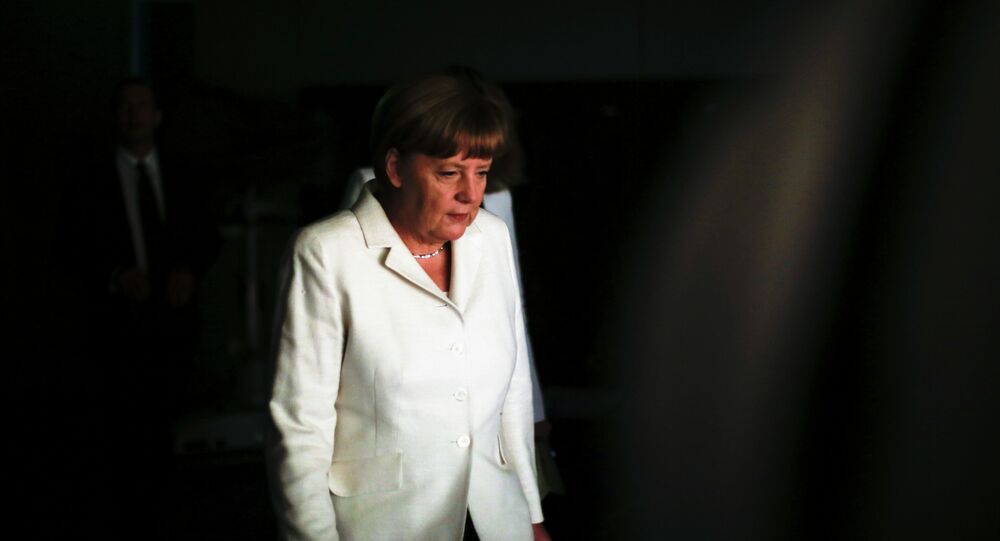 Not Worth Expecting Early Lifting of Sanctions Against Russia - Merkel

According to German Chancellor, it is not worth expecting sanctions to be lifted against Russia any earlier than stipulated next year.

© AFP 2019 / THIERRY CHARLIER
Cameron: Western Anti-Russia Sanctions to Stay Until Minsk Deal Implemented
BERLIN (Sputnik) – German Chancellor Angela Merkel on Friday made it clear that it is not worth expecting sanctions to be lifted against Russia any earlier than stipulated next year.

She said that all of the sanctions against Russia are specifically tied to the implementation of the Minsk agreements on Ukrainian reconciliation and could be extended should they not be fulfilled.

The Minsk agreements are a set of measures elaborated by the leaders of Russia, Ukraine, France and Germany to facilitate the process of Ukrainian reconciliation. The deal was signed by Kiev and eastern Ukrainian militia.

Implementation of the February Minsk accords on Ukraine by the warring sides has become a precondition for the easing or lifting of a series of Western sanctions against Russia.

The anti-Russian restrictive measures were imposed by the European Union, the United States, and a number of their allies in 2014 over Moscow’s alleged interference in the conflict between Kiev and independence forces in southeastern Ukraine.

Russia resolutely denies the allegations, pointing to the fact it is interested in diplomatic settlement of the conflict and has been a contributing party to the Ukrainian peace process.