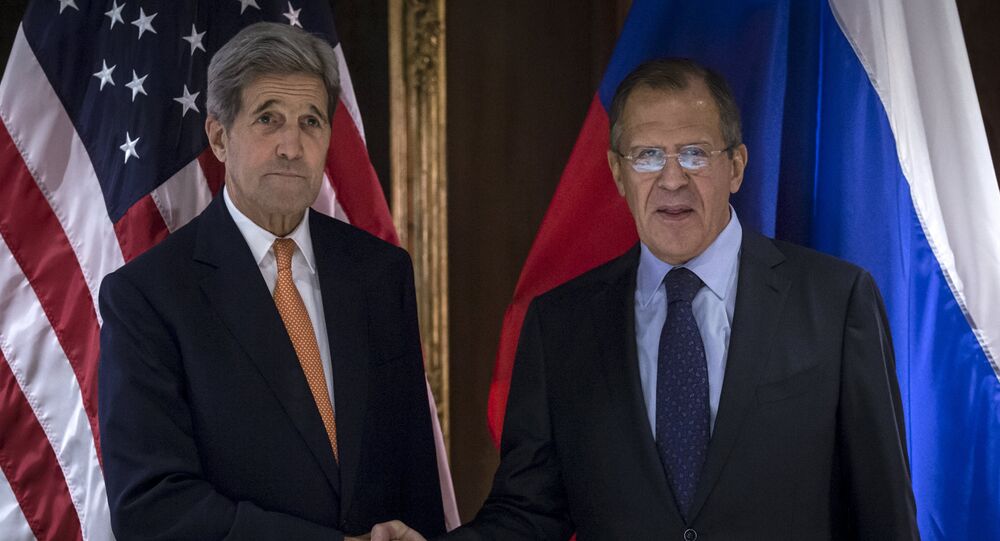 The two countries' top diplomats are to discuss a range of global issues, including the ongoing situation in Syria.

Russian Foreign Minister Sergei Lavrov and US Secretary of State John Kerry, along with top diplomats from Saudi Arabia and Turkey, arrived in Vienna on Friday to discuss the current situation in Syria.

Ahead of the high-level talks, US Secretary of State John Kerry called up Lavrov on Wednesday to discuss the upcoming ministerial meeting in the Austrian capital.

According to a statement by the Russian Foreign Ministry, the conversation was dominated by Syria. The Russian foreign policy chief also proposed discussing the current Israeli-Palestinian conflict, which has claimed several dozen lives, at the Middle East Quartet meeting of Russian, US, EU and UN envoys on the same day.

A bilateral meeting between Lavrov and Kerry was first announced on Tuesday by US State Department spokesman John Kirby, who said the US and Russian foreign policy chiefs would later be joined by Saudi Foreign Minister Adel al-Jubeir and Turkey’s Feridun Sinirlioglu on Friday.

© Sputnik / Dmitry Astakhov
Moscow's Stance on Syria Unchanged, Supports Legitimate Power - Medvedev
Negotiators hope to map out a way to end the civil war in Syria through peace talks. On the eve of his Vienna trip, Lavrov spoke of Russia’s "constructive" mood, an attitude shared by Washington, according to US spokesman Kirby.

The diplomats will have to bridge considerable differences in their take on the Syrian peace process and the role that its President Bashar Assad should play in it. Russia has been backing Assad’s participation in the talks on Syria’s political transition, while Washington, Ankara and Riyadh want him to step down.

Russia’s attack aircraft have reportedly flown some 830 sorties against extremist positions in Syria since September 30, wiping out hundreds of IS militants and destroying dozens of terrorists facilities, including command centers and arms depots.

A US-led coalition of more than 60 countries, including the Saudi and Turkish air forces, has been conducting airstrikes against IS in Syria for over a year.