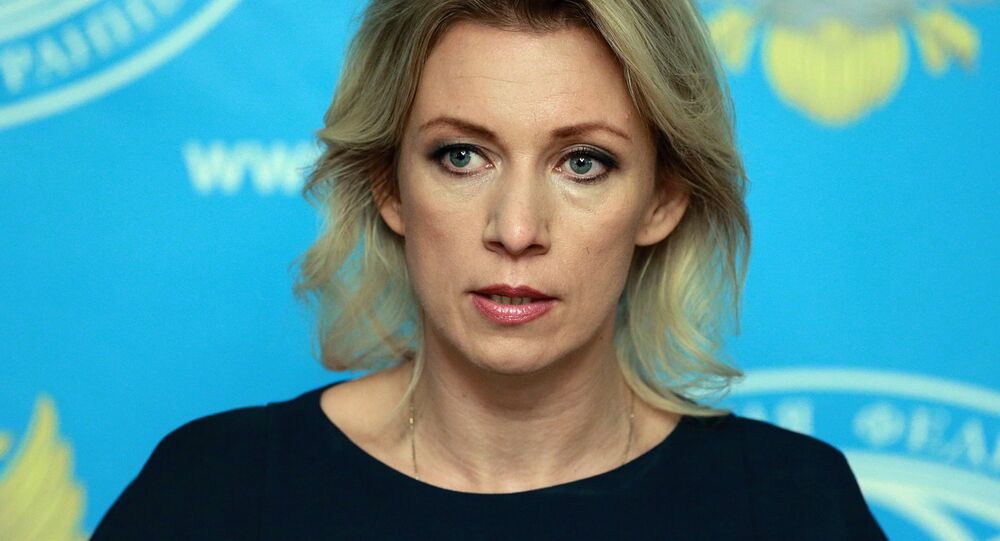 Zakharova provides additional information about the ministry's agenda and answers questions about Russian military operations in the Syria conflict.

Terrorist groups in Syria continue to receive equipment and enforcements from abroad and Moscow has called for this practice to stop, Russian Foreign Ministry spokeswoman Maria Zakharova said Thursday.

“We also have information that terrorist groups are continuing to receive shipments of equipment and live forces from abroad, this is a very dangerous trend,” Zakharova told journalists.

“Such facts force us to return to the issue of how much one or another of the sides in the Syrian events are involved in the settlement of the Syrian conflict and how this goal coincides with the financing and technical support of the anti-government armed groups,” Zakharova added.

Also Maria Zakharova stated that Moscow is concerned over the growth in influence of the Islamic State terrorist group in Afghanistan where they have bases in 25 of the country’s provinces.

“We are noticing a growing influence in Afghanistan from the ISIL terrorist group, which at the present time has bases in 25 of the 34 provinces in the country. We are concerned over the continuing process of accumulating militants in the northern regions close to the borders with Tajikistan and Turkmenistan,” Zakharova said.

Moscow believes that all United Nation member states need to report on the illegal trade of oil by terrorists and report on measures that have been taken against this, Russian Foreign Ministry spokeswoman Maria Zakharova noted.

“Russia continues to work so that all UN member states present information to the Security Council on facts of the illegal trading of oil by terrorists and report on countermeasures being taken,” Zakharova said.

Carter earlier said that in May he had given the Russian Embassy in Washington maps with ISIL terrorist locations in Syria after speaking with Russian President Vladimir Putin.

“I can confirm that this information is completely true. Jimmy Carter actually turned to the Russian side with the offoer of sending us maps created by his Presidential Center with the current locations of opposing sides in Syria, including the positions of the government troops, ISIL, and other groups,” Zakharova told journalists.

By beefing up its activities in Europe, NATO is missing out on a chance to cooperate on solving the problem of global terrorism, Russian Foreign Ministry spokeswoman Maria Zakharova said.

"Behind all this fuss, the alliance's leadership does not see, or forgets the main issue; the fact that we can now lose our common opportunity to cooperate on a serious world problem, namely fighting international terrorism," Zakharova told reporters.